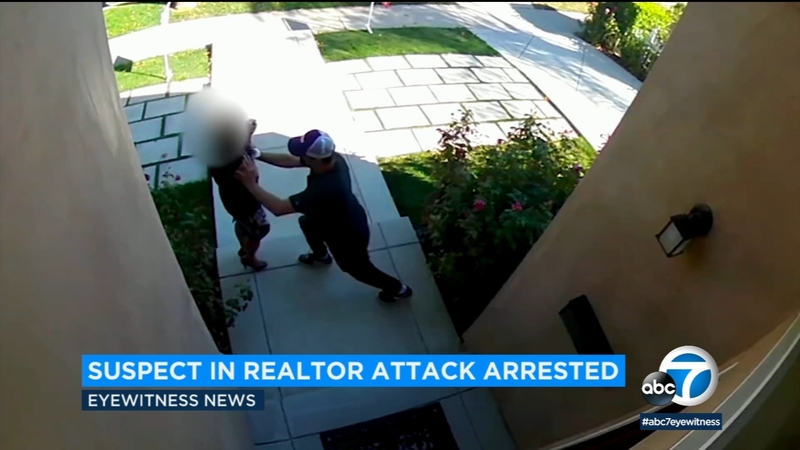 Man arrested for assault on realtor at Encino open house

ENCINO, LOS ANGELES (KABC) -- A 45-year-old man has been formally arrested in connection with a violent attack on a real estate agent that was recorded on surveillance video at an open house in Encino.

Alen Karaboghosian was being held Wednesday at a Los Angeles Police Department jail on $130,000 bail after being booked on suspicion of felony assault. He had previously been detained as a person of interest in the case.

It was not immediately clear how investigators initially identified Karaboghosian as a suspect.

Surveillance footage shows a man violently pushing the realtor to the ground and then standing over her as she screams. The woman in the video later said she was groped by the assailant.