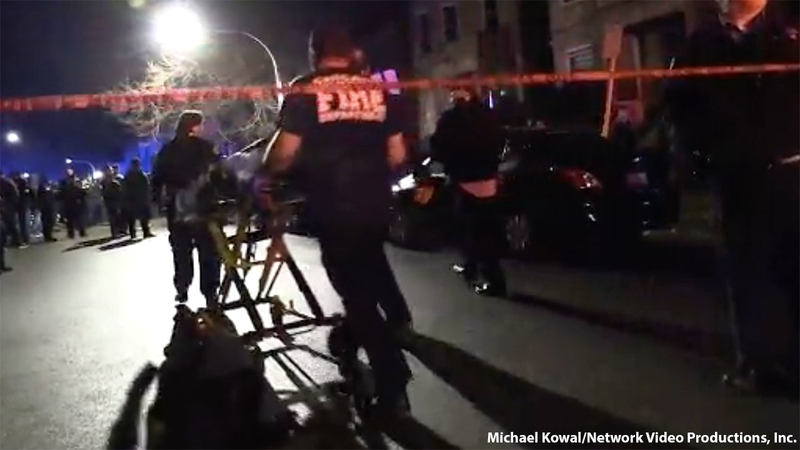 2 in custody, up to 13 shot at Chicago home, police say

CHICAGO -- A man arrested in connection with a shooting that hurt 13 people on Chicago's South Side over the weekend appeared in court Monday afternoon, where a judge ordered him held on $300,000 bond.

Police said Marciano White, 37 was found with a gun in his bag at the scene of the mass shooting.

White has been charged with unlawful use of a weapon by a felon after investigators said he was caught with a gun at the scene of a shooting in the 5700-block of South May Street in Englewood. But, police have not identified White as the shooter.

"He was at the house party with his girlfriend and heard that someone had a gun," Murphy said. "He said everyone was trying to get out and he hid in a closet while multiple shots were fired."

Prosecutors said White told police he found the gun when he was running from the gunfire.

"He said that he found a gun on the stairs because of the fear of the situation and the neighborhood," Murphy said.

Police have detained and questioned at least two people in connection to the shooting, which left 13 people wounded.

Investigators said there was a dispute around 1 a.m. Sunday during a house party. Moments later, someone opened fire inside of the house.

When people started running outside, video surveillance from a city police camera captured images of at least two people shooting at a home and at a vehicle. Police said the shots were fired during a celebration for a birthday of a man who was shot and killed when he tried to carjack someone back in April.

Mayor Lori Lightfoot spoke with some of those who were shot and badly injured.

"One of the victims inside specifically said to me, 'I just want to know who did this,'" Lightfoot said. "I want to make sure they're brought to justice and that is the commitment we are making."

"One of the women who was there laying in the bed asked me, 'I just want justice; I just want to know who did this and make sure we stop it from happening again,'" Lightfoot said.

A 16-year-old boy was taken to an area hospital in critical condition but has since been stabilized, Chicago Police Chief of Patrol Fred Waller said.