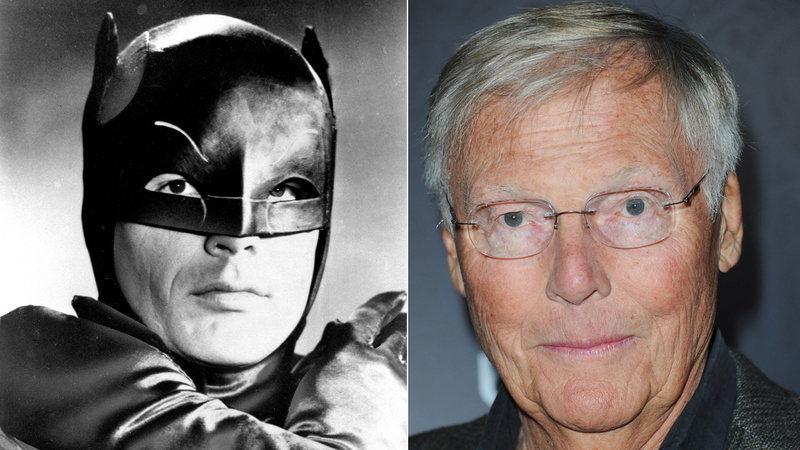 The American actor passed away Friday night in Los Angeles after a short battle with leukemia.

"He was a beloved father, husband, grandfather, and great-grandfather. There are no words to describe how much we'll miss him. We know you'll miss him too and we want you to know how much your love and support meant to him throughout the years. Hug your loved ones today," read a statement posted on Facebook by the actor's family.

West received continued success in the ABC series "Batman." The TV show was among the most popular in 1966, the year of its debut, and some of the era's top actors signed on to play villains. Burgess Meredith squawked as the Penguin. Eartha Kitt and Julie Newmar purred as Catwoman. And Cesar Romero cackled as the Joker.

Burt Ward, who played Batman's sidekick Robin on the show, said he and West had signed autographs for fans only two weeks ago. He said his dear friend appeared to be in good health.

Batman and Robin were good friends on and off the set.

"When we would get together and they would see us together, they'd start laughing," he said. "There was some chemistry, some magic from the very day that we met."

Over the years, West made time for his devoted fans. Newmar said West was loved by fans.

"He was so adored and so kind and generous to people and always there with them," she said.

Fans of the caped crusader headed to his star on the Hollywood Walk of Fame, setting up a memorial with flowers and Batman toys.

West had an autograph signing tour planned before his passing. Ward said it won't be the same without Batman at his side.

"He will always be in my heart. I can hear his voice as sure as I'm speaking to you, and I just have a feeling that our connection was so great that somehow I'm going to hear his voice. If I do, I'm going to pass it on to every adoring fan because he would want it that way," he said.

Ward added that the death of his friend has yet to really sink in, but he will always have decades of priceless memories to look back on.

West's credits also include "The Three Stooges," "The Outlaw is Coming" and the 1962 film "Geronimo," among many more.

He did voice over work for more recent shows such as "The Fairly OddParents," "The Simpsons" and "Family Guy."

Seth McFarlane, creator of "Family Guy," praised West and expressed his love for the actor.

Other actors who have played the iconic superhero either on the big screen or in an animation also paid tribute to West. Those actors include Will Arnett, Ben Affleck and Val Kilmer, among others.

Adam West exemplified heroism. Kind, funny and an all around great guy. Thank you for showing us all how it's done. @therealadamwest

The U.S. Department of Defense tweeted out a goodbye to West, who served in the U.S. Army before becoming an actor.

West was married three times, and had six children. He had homes in Los Angeles and Palm Springs, but he and his wife, Marcelle, spent most of their time at their ranch near Sun Valley, Idaho.