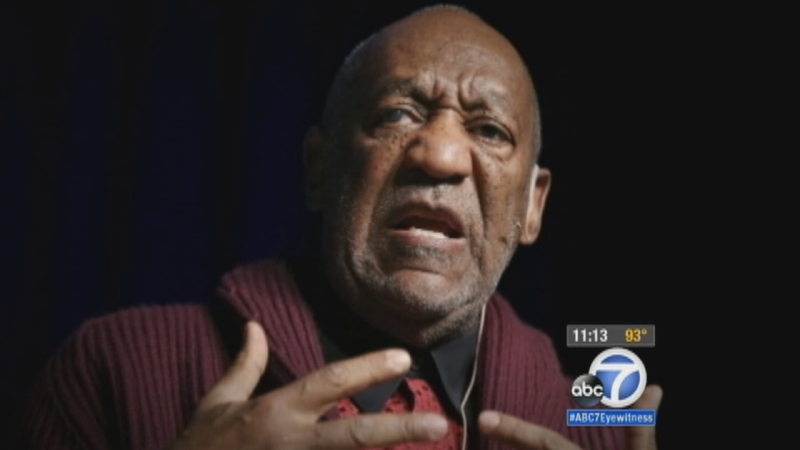 LOS ANGELES (KABC) -- Comedian Bill Cosby was interviewed under oath Friday in a sexual assault civil lawsuit after a woman claimed the entertainer sexually assaulted her when she was 15 years old.

What he said will be under wraps until the case proceeds to trial. Until then, the lawyers are gagged by a court order, but can speak about the case.

The deposition is "long overdue," according to attorney Gloria Allred. Her client, Judy Huth accuses Cosby of molesting her at the Playboy Mansion in 1974.

Under the law, an adult who was victimized as a child has a longer period to file a civil lawsuit, but the statute of limitations has passed for a criminal case.

Cosby's lawyers long denied the claims in court and said they were "absolutely false."

Huth said she and a colleague met Cosby on a movie set and that later at the mansion, he served alcoholic beverages and proceeded to molest her.

But Cosby said that Huth has engaged in extortion. She threatened to take her story to a tabloid and asked for $100,000 to $250,000. His legal team has fought the current complaint all the way to the Supreme Court, arguing that there had been a procedural error.

But they lost, which led to Friday's deposition.

"We need to be able to question Mr. Cosby under oath," Allred said. "This is very serious. This is completely unprecedented in my almost 40 years of law practice. I have never seen so many allegations by so many accusers against one man."

Allred has 19 clients who say Cosby assaulted them under similar circumstances. She said Cosby's lawyers wanted Huth to go first in the deposition, but the judge denied that request. Huth is set to be deposed on Oct. 15.
Related topics:
arts & entertainmentrapecelebritymolestationlawsuitsexual assaultbill cosby
Copyright © 2021 KABC-TV. All Rights Reserved.
More Videos
From CNN Newsource affiliates
TOP STORIES