Brad Pitt stands in for Angelina Jolie at 'Unbroken' premiere

KABC
HOLLYWOOD, LOS ANGELES (KABC) -- Angelina Jolie had to miss the Hollywood premiere of her latest film "Unbroken," after coming down with chickenpox. Her husband Brad Pitt arrived in her place.

"I will be home itching and missing everyone. And I can't believe it, because this film means so much to me," she said.

"Unbroken" tells the story of Louis Zamperini. At Torrance High School and USC, he was a track stand out. At the 1936 Olympics, he attracted attention from the game's host, Adolf Hitler.

But Zamperini never competed in the next Olympics. He was fighting in World War II instead.

Lt. Zamperini's plane was shot down over the Pacific Ocean.

Zamperini survived for 47 days in open waters. Then, he survived as a prisoner of war for nearly two years.

He eventually returned home, but had problems readjusting. He had substance abuse issues.

Zamperini said his life turned around when he became an Evangelical Christian. He learned to forgive his captors.

Despite several efforts, the story wasn't turned into a movie until now.

"Fifty-seven years we've been waiting for this. Our father has been waiting. We couldn't be more thrilled and proud of him," said Cynthia Zamperini-Garris, Zamperini's daughter.

Zamperini's son, Luke, said they've been waiting for the right director and found her in Jolie.

Zamperini-Garris said, "She brought a lot of love and joy and camaraderie to an old, old man - an old tired soldier."

Pitt greeted Zamperini's children on Jolie's behalf. He told them how much she wanted to be there.

"We just want to say, 'Angie we love you so much and we wish you were here with us!'" Zamperini-Garris said.

Zamperini's children said they developed such a close relationship with the film's star Jack O'Connell, they now call him, "dad."

"I see it's a movie, it's an actor and then all of a sudden, its my dad," Zamperini-Garris said.

O'Connell said he feels a tremendous responsibility portraying a real-life American hero, especially after meeting Zamperini shortly before he passed away.

"Just be awe-struck. To the point when I nearly cried once, just looking at him. So in awe that I nearly cried. But I didn't want him to see my break-down in front of him," O'Connell said.

O'Connell said his generation is often too focused on "selfless" and not focused on selflessness like Zamperini.

Other stars of the film said Zamperini's story taught them unforgettable lessons.

"The perseverance this guy had was remarkable and inspired me," said Garrett Hedlund, who portrays "Fitzgerald".

Ryan Ahern plays "Glassman" in the film and is a real-life Iraq War veteran.

"Resilience is the word. He's shown the world that no matter what happens, bear down and don't give up!" Ahern said.

Zamperini's son Luke described the most important lessons he learned from his father.

"The power of the human spirit to persevere and overcome and really the power of forgiveness to change a person's life," he said. 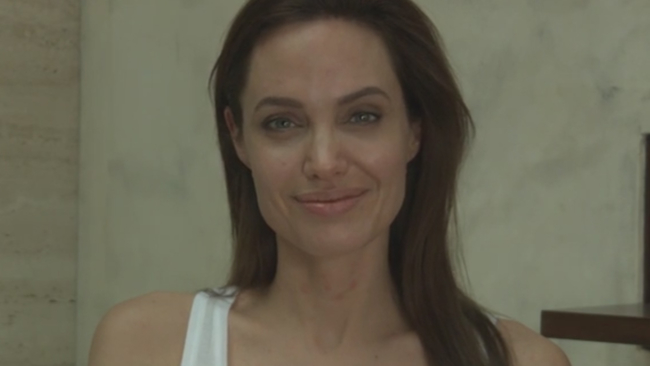