Daniel Radcliffe gets star on Hollywood Walk of Fame 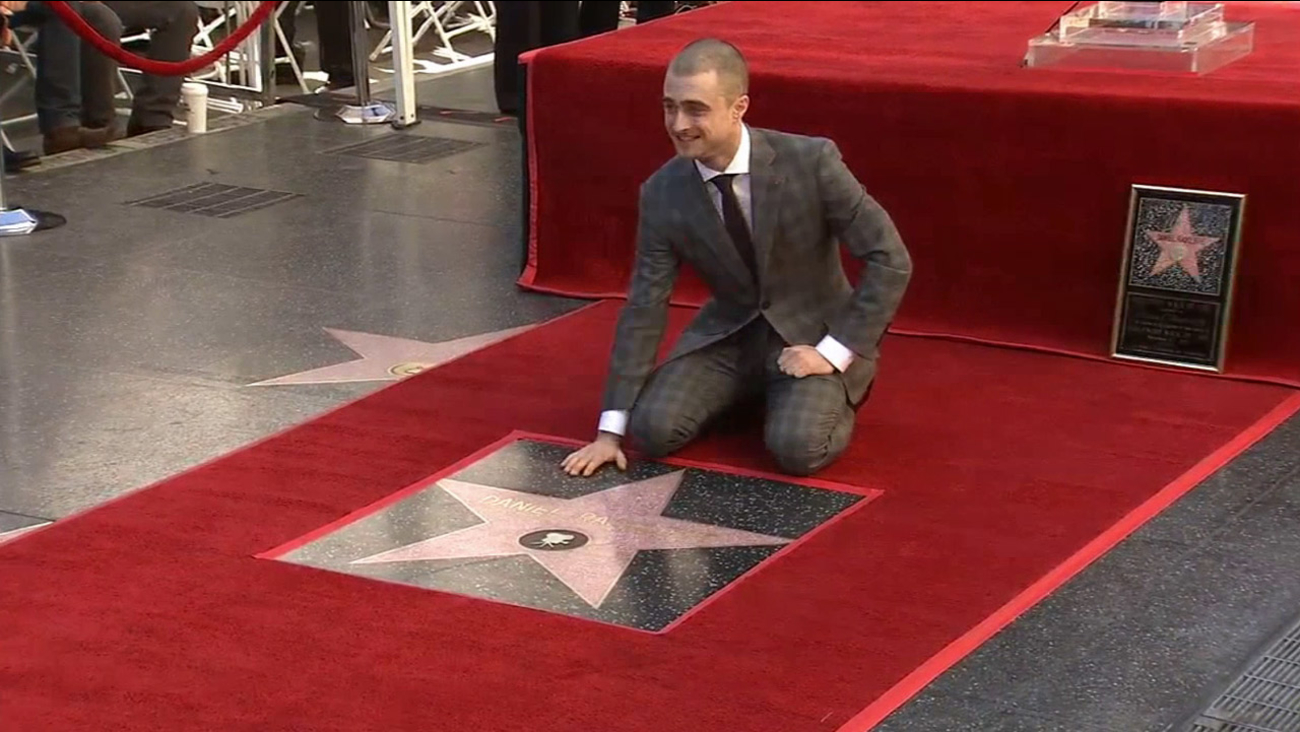 Daniel Radcliffe poses for the cameras after his new Hollywood Walk of Fame star was unveiled on Thursday, Nov. 12, 2015. (KABC)

Since completing the "Harry Potter" movies in 2010, Radcliffe has appeared in Broadway plays, in several other movies including "The Woman in Black," in a British four-part miniseries and in a made-for-television movie.

His next film, "Victor Frankenstein," will be released on Nov. 25. Radcliffe plays the assistant to a scientist obsessed with creating life, Victor Frankenstein, who is portrayed by James McAvoy.
Related topics:
arts & entertainmentcelebritymovieshollywood walk of fame
Copyright © 2020 KABC-TV. All Rights Reserved.
More Videos
From CNN Newsource affiliates
TOP STORIES