For stars of singing group 'The Fifth Dimension', lasting change in civil rights movement has been a long time coming

Marilyn McCoo and Billy Davis Jr are Grammy-winning music stars who've been at now for more than half a century; the long married couple has witnessed a lot, but remain hopeful for a more just future.
KABC
By George Pennacchio 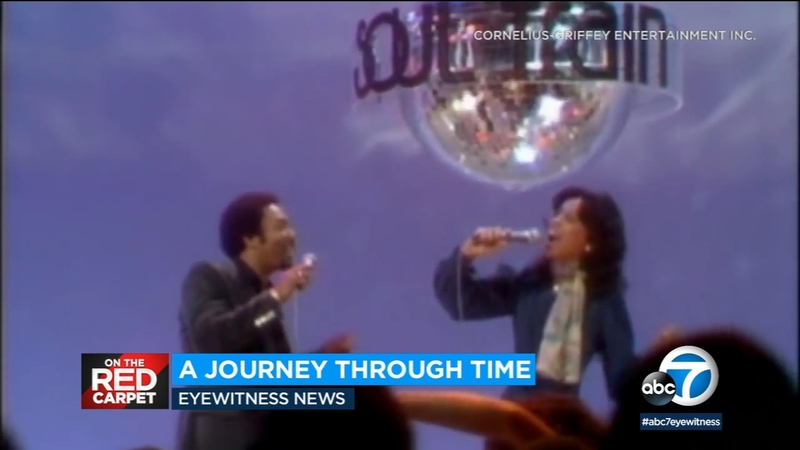 GLENDALE (KABC) -- Marilyn McCoo and Billy Davis are Grammy-winning music stars who've been at now for more than half a century. They've witnessed and experienced a lot in their years, sometimes relating to being Black in America.

The first time the two went to Las Vegas to see what it was all about, they couldn't stay at a hotel on The Strip because of the color of their skin.

McCoo and Davis agreed to have a conversation with us about life then, life now and what they hope life will be in the future for all of us.

"Up, Up and Away," "Aquarius/Let The Sunshine In" and "Wedding Bell Blues" are some of their hits. They've had musical success together, separately and as part of The Fifth Dimension. In 1968, The Fifth Dimension was in Chicago to perform at the Democratic National Convention when someone let off a stink bomb in the theatre.

"When we cleared out into the streets," Davis said, "there was a riot going on."

When they were on stage, they felt love. Off stage, there were times they also felt hate, including something that happened at their home when they lived in Encino.

"They burned a cross on our lawn," McCoo said.

It happened back in the 1970s. They later bought a home in Beverly Hills and had to deal with another uncomfortable moment.

"We were bring some stuff into the house," Davis said, "It was night and police pulled up and actually pulled a gun on us. And they thought we were robbing the place."
When the 1992 L.A. riots happened following the acquittal of four policemen in the beating of Rodney King, Billy and Marilyn were watching it unfold on television and later, seeing the devastation firsthand as they joined the community to help in the aftermath of those five frightening days.

"So we went to a church where people were getting together," McCoo said, "and we went out with our brooms and our heads wrapped up and the bags and all that and were cleaning up the streets."

Added Davis, "We were the clean-up crew where a lot of the destruction had taken place."

Those riots started a national conversation about racial and economic disparity and about police use of force. That was 28 years ago. What's happening now in 2020 has brought it all back into sharp focus.

"It's so exciting to see the young people protesting and saying, 'This is my future and this is the world I want' and we celebrate them for that because they're standing up for what they know is right," said McCoo.

"We've seen a lot of protests in our lives," said Davis," "but we've never seen anything like this one. I mean, where they're protesting, all nationalities, White, Black, India, Asia, American Indian, all around the world, not just in the United States but all around the world. People are looking for change."

Looking ahead, they believe there is hope.

McCoo and Davis are still working together. Not only do they still perform, including an upcoming virtual concert for George Mason University, they plan to have some new music released in the next few months. Next month, on July 26th to be exact, they will celebrate their 51st wedding anniversary.
Report a correction or typo
Related topics:
arts & entertainmentglendalemusiccivil rights
Copyright © 2021 KABC-TV. All Rights Reserved.
More Videos
From CNN Newsource affiliates
TOP STORIES