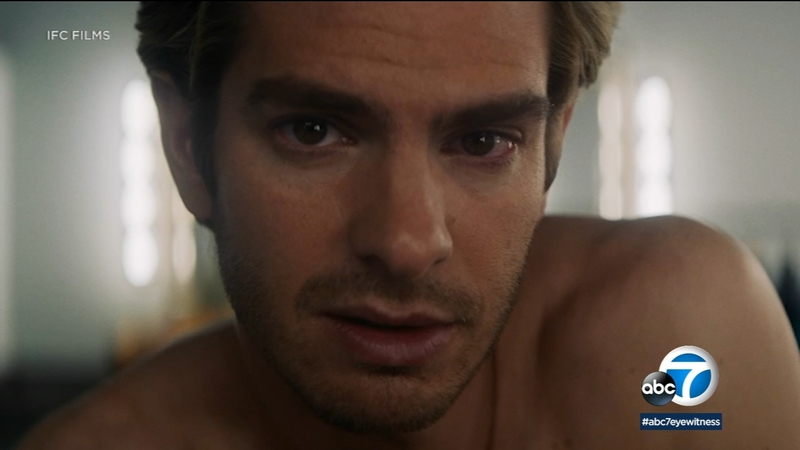 Garfield plays a charismatic guy who, with the help of a creative young woman, is suddenly thrust into the world of internet stardom.

His stage name: No One Special. He says this guy is far, far away from who he is in real life.

"So it was very exciting to get to explore and experience those aspects of the character that maybe I was scared to kind of foray into but it turned out to be very rewarding to feel that kind of uncensored, liberated, wild, grotesque, unlikable, annoying, potentially - I don't even want to label it," said Garfield.

"The minute they have a hit, they're like, 'Oh, how do we make another hit?" said Hawke.

And look out! This world they're navigating also has a dark side.

"The line between repulsion and desire and how narrow that line is, is really interesting to me," said Hawke.

For one racy scene on Hollywood Boulevard, they just filmed without people knowing what was going on.

"Those moments were really, really memorable and fun," said Garfield.

Garfield wanted to make this movie, in part, to work with his friend, director Gia Coppola, granddaughter of director Francis Ford Coppola.

"We only have a certain amount of time and I don't want to be imprisoned by an idea of what I should or shouldn't be doing for myself," said Garfield. "I just want to kind of be able to follow my heart."