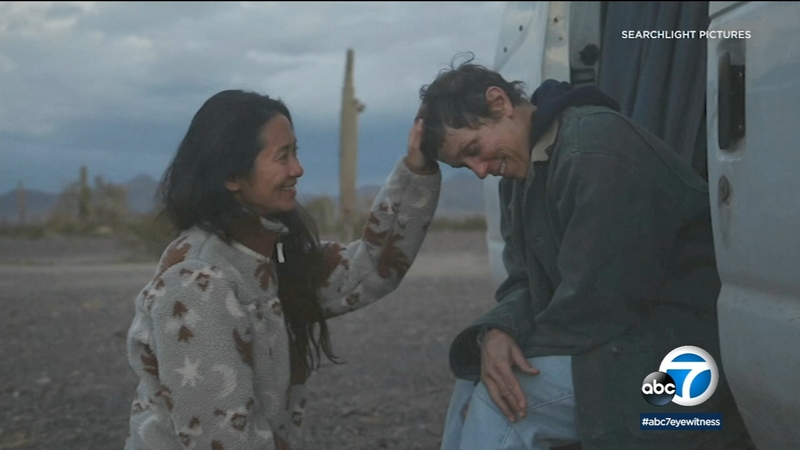 HOLLYWOOD -- On Oscar Sunday, we will see the most diverse slate of nominees in the ceremony's 93-year history.

An annual study of inclusivity done by UCLA showed efforts to improve diversity in film and television are on the upswing.

Darnell Hunt, the co-author of that research, is encouraged by what he's seeing and says it's good for morale and for business.

Hunt says to have the number of nominations this year that are diverse is a real step forward.

Also of note are the producers of "Judas and the Black Messiah." They're the first all-Black producing team nominated for best picture.

"We had no idea, I believe, until a few articles started running saying if the film was nominated it would be the first time that the PGA producers nominated for best picture would be all Black," said co-producer Charles D. King. "It's sad that it took 93 years, but we also look at it like we know that we absolutely will not be the last. I do believe we are seeing a moment where the pendulum is shifting and I believe we will only continue to go in that direction."

Hunt believes that people are now starting to understand that diverse stories and characters are what sell.

"You need to have African Americans, but also Latinx people, Asian Americans, and American Indians who are virtually invisible. Steps the Academy has taken in recent years to diversify its membership, new standards for best picture which go into effect in a couple years where you have to meet certain diversity benchmarks to be considered. I think those are all essential and good steps so that at the end of the day, the mix of stories we're telling is more inclusive."