Jones is nominated for Outstanding Music Composition for a Documentary Series or Special (Original Dramatic Score) for her work on the "Maine" episode of "Home," a docu-series that explores the world's most innovative homes. To build a story for the underlying music composition of the episode, Jones relied on the juxtaposition of the wintry exterior of the home to the warm and cozy interior.

"It's this folky, woodland space so [I was] pulling from folk tradition," Jones said of her musical inspiration for the episode.

The composer has paved her way as a voice in television with a multitude of credits, including "Cherish the Day," "Twenties," and "A Black Lady Sketch Show." But Jones' journey wasn't an easy one, especially in a male-dominated industry.

"It's definitely challenging when you first set foot -- as an intern or as a music production assistant -- in these spaces," Jones said. "[As] the only woman of color, I think you kind of just put this armor on."

Jones notes that the lack of diversity is not always purposeful and Hollywood is making changes to include more diversity behind the scenes, but any deviation from the norm is necessary in bringing fresh, vibrant perspectives to film and television.

"I think if you have historically only hired older, white men to score your films you're going to get music that kind of sits in a certain cultural viewpoint," Jones said.

The composer doesn't disregard the contributions of white males to the world of score. In fact, she even credits John Williams, the composer for "Star Wars" and "Jaws," for creating some of the most iconic scores to date. However, while attending music school, Jones said she felt like an outcast as the only woman of color in her classes. She always wished she had spaces of support, which later inspired her to launch an organization to help budding composers of color.

"I'm a co-founder of the Composers Diversity Collective that caters to supporting composers of color in this industry and helps streamline their success and progress," Jones said.

The organization offers education and mentorship to musicians in underserved communities, hosts networking opportunities and performances, as well as events to give back to the community. Amid the coronavirus pandemic, their events are currently taking place virtually over Zoom.

Jones' latest project is composing for "Love in the Time of Corona," a miniseries airing on Freeform on Aug. 22 and 23. She describes the show as "heartfelt, funny and sincere."

"There [are] moments where it's very fun and bubbly, but there's a heaviness to it because it's very much talking about what's happening currently," Jones said. "It's this beautiful work of art that really captures what's happening [right] now and I think people will really enjoy it."

The Creative Arts Emmys will stream virtual ceremonies at Emmys.com from Sept. 14-17. The live broadcast ceremony will air Saturday, Sept. 19 on FXX. 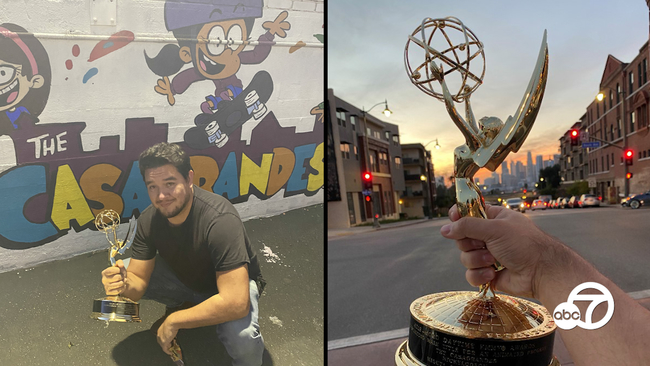