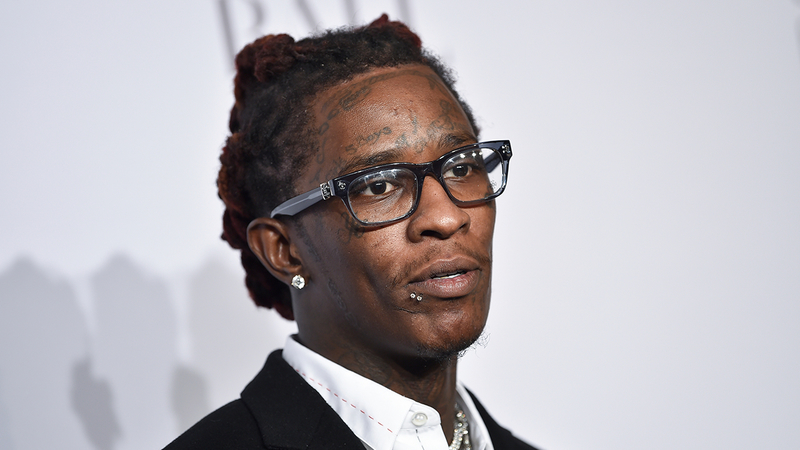 HOLLYWOOD (KABC) -- The rapper known as Young Thug was arrested early Friday morning while celebrating his 27th birthday and the release of his latest album at a sports restaurant in Hollywood, authorities said.

The hip-hop artist remained in custody hours after he and four other people were detained around midnight at the Hollywood and Highland Center's Dave & Buster's location, the Los Angeles Police Department confirmed.

The rapper, whose real name is Jeffrey Lamar Williams, was booked for possession of a concealed firearm in a vehicle, according to the LAPD. His bail was set at $35,000.

Before the Thursday night event, Young Thug had tweeted about the "Private + Invite Only" party to mark the release of the new album "Slime Language." Hordes of unruly fans later descended on the location.

After being taken into custody, Young Thug was initially held at the LAPD's Hollywood station. He was subsequently transferred to the Metropolitan Detention Center in downtown Los Angeles, where his entourage arrived in a black Mercedes-Benz van to await his release. He posted bail and has since been released from police custody.