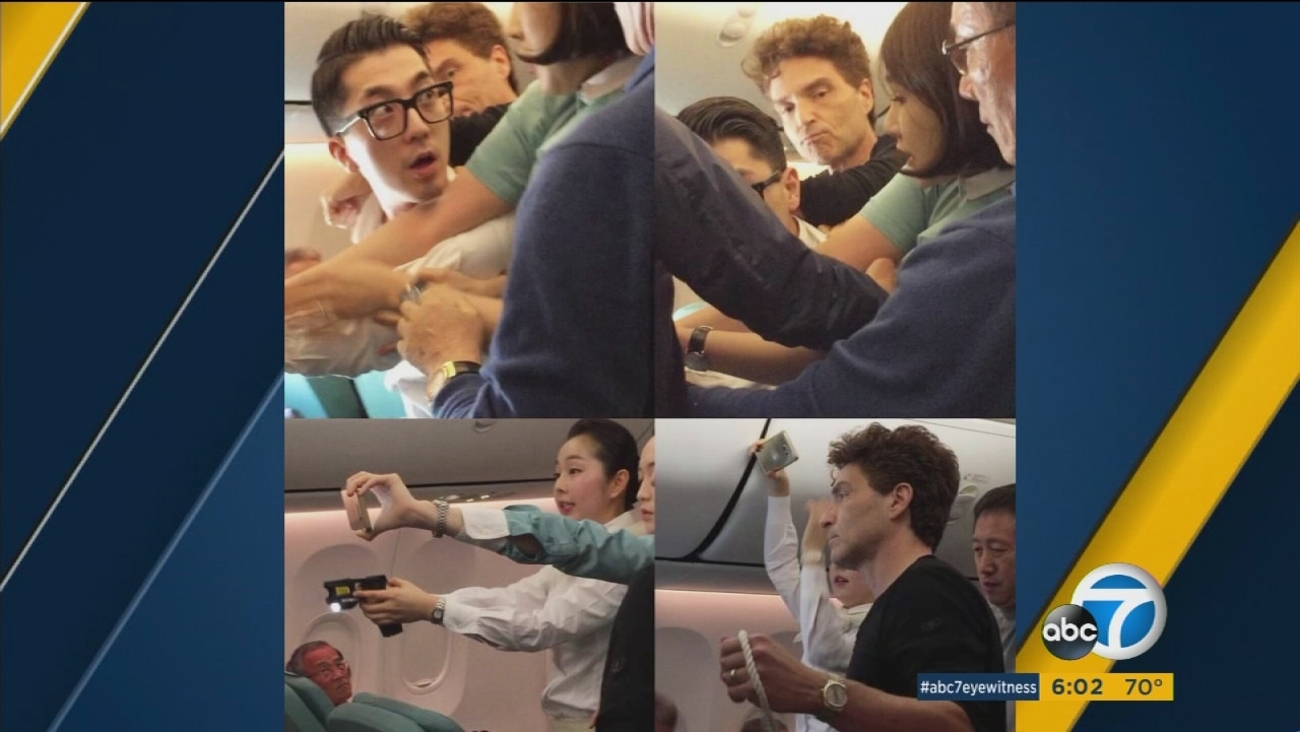 Singer Richard Marx and his celebrity wife jumped into action when a passenger got out of control. (KABC)

LOS ANGELES (KABC) -- Singer Richard Marx jumped into action when a passenger got out of control on an international flight.

Marx posted several photos on his Facebook and Twitter pages showing the incident during the flight from Vietnam to Seoul, South Korea on Korean Air.

Marx's wife, model and television host Daisy Fuentes, captured the entire incident. She said the suspect was sitting in the next row to them when he suddenly started attacking the flight attendants and passengers.

Fuentes wrote on social media that it went on for four hours.

One flight attendant was armed with a Taser, which the couple said she didn't know how to use.

They said the man was initially restrained but then managed to break free before he was tied up again.

Marx said the crew was not properly trained and ill-equipped for the situation, and said one crew member and two passengers were hurt.

We have video of entire chaotic and dangerous event on @KoreanAir_KE 480. Lasted 4 hours. Crew completely ill-equipped to handle situation.

Police boarded the flight as soon as they landed in Seoul and took the suspect into custody, Marx said.

Daisy and I are home safe and sound. No big "hero" move at all. Just did what I would hope anyone would do in same situation. Tnx 4 concern