Robert Pattinson shines in 'The Lighthouse' 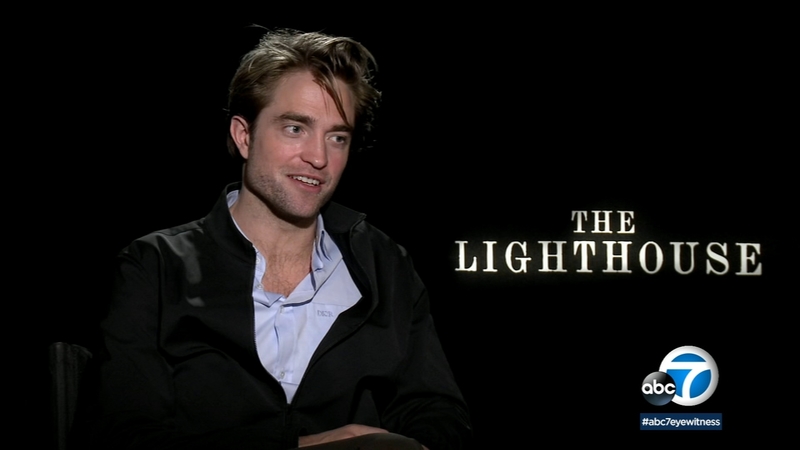 Robert Pattinson shines in "The Lighthouse"

HOLLYWOOD (KABC) -- Actor Robert Pattinson has been re-inventing himself over and over again in his post "Twilight" days. His latest film has him facing a lot of dark and stormy nights opposite Oscar nominee Willem Dafoe in the moody, black and white period drama "The Lighthouse."

In the film, Pattinson and Dafoe play a pair of lighthouse keepers marooned on a desolate island who are trying to maintain their sanity. It's hard to categorize, and that's what Pattinson liked most about it.

"I guess I'm always looking for originality," said Pattinson. "There are so many elements which you don't see in other movies. It's kind of a formal aesthetic and there's this kind of descent into madness and it's done in such a kind of humorous strange way, I mean, lots of elements felt very original. It was definitely up my alley."

Filmmaker Robert Eggers and his team went to great lengths to make the film look as real as possible. And for the "title character" they even built their own lighthouse. That, along with Nova Scotia's unpredictable weather, helped with the film's authenticity.

"I quite like the crazy weather conditions," said Pattinson. "It can be sunny, then 10 seconds later, it's hailing huge hail stones and then snowing a second later then suddenly sunny again. I mean it's kind of, it makes you feel crazy."

But one of the toughest things to deal with on this seaside shoot - seagulls.

"The seagulls were fine," laughed Pattinson. "Other than getting pooped on every now and then!"