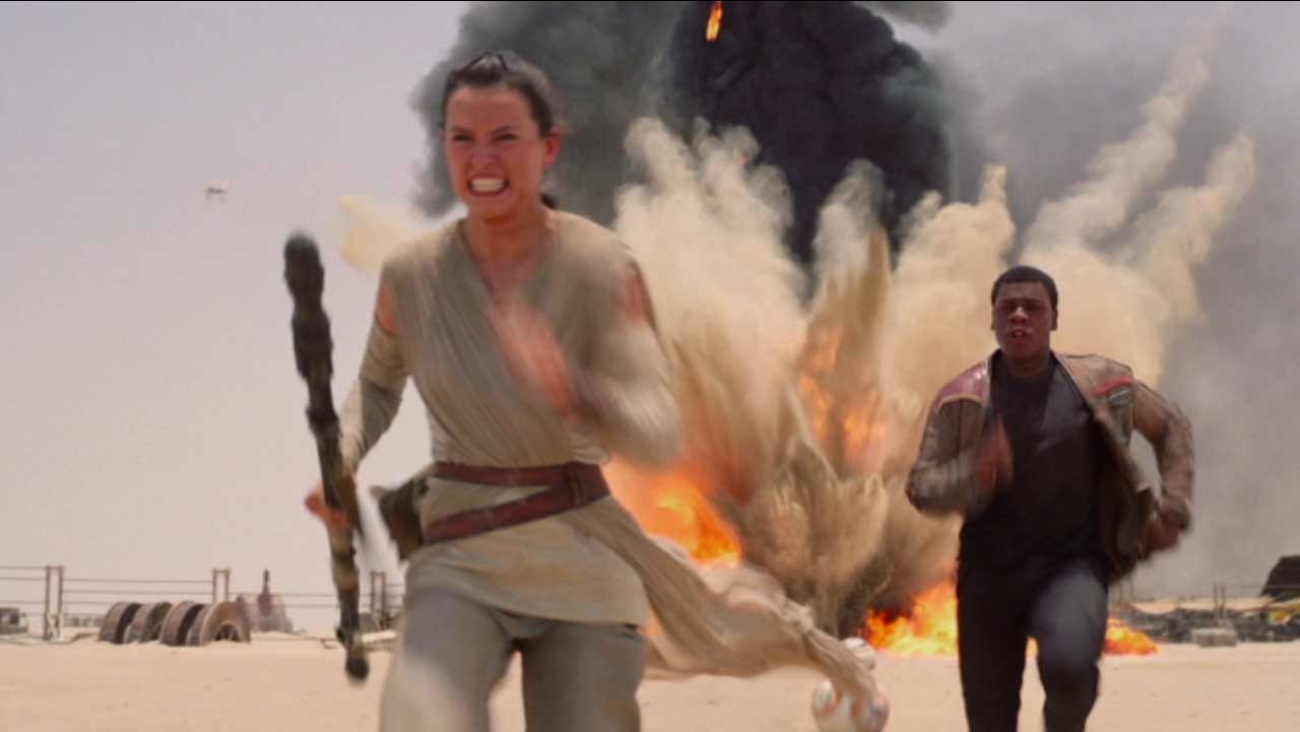 This photo provided by Disney/Lucasfilm shows Daisy Ridley, left, as Rey, and John Boyega, right, as Finn, in a scene from the film, 'Star Wars: The Force Awakens.'

The movie's international rollout, which began Wednesday, has brought in a total of $72.7 million. That includes the biggest single day ever in the United Kingdom, where it made an estimated $14.4 million. The film cost about $200 million to make, according to industry estimates.

The early figures suggest "The Force Awakens" is on course to exceed the record domestic opening of "Jurassic World," which debuted with $208.8 million in June.

J.J. Abrams' seventh chapter in George Lucas's space saga arrived with the kind of hoopla and anticipation that few films have ever matched. Costumed, lightsaber-wielding fans have lined up around blocks, from Jakarta to Paris, to be among the first to see "The Force Awakens" (and hopefully avoid any spoilers from its intensely guarded plot).

In North America, the film sold a record $100 million worth of presale tickets before Thursday previews began at approximately 7 p.m. EST. Playing in 4,134 theaters, "The Force Awakens" is the widest December release ever attempted.

3-D and Imax screenings are helping to propel the record gross. Disney said that 47 percent of the box office came from 3-D showings and $5.7 million from Imax screens.

A lot is riding on the film for Disney, which paid $4.06 billion for Lucasfilm in 2012. Sequels and spinoffs are already in development for years to come, not to mention an entire corner of Disneyland devoted to the franchise.

Strong reviews for the film, which is set 30 years after "Return of the Jedi," have added to the fervor for "The Force Awakens." The American Film Institute listed it among its top 10 films of the year.