KABC
By ABC7.com staff
LOS ANGELES (KABC) -- A song by the late rapper XXXTentacion has topped the Billboard 100 chart a week after his death.

The 20-year-old musician, whose real name was Jahseh Onfroy, was gunned down in an apparent robbery last week in Florida. A suspect has been arrested in connection with the rapper's killing.

XXXTentacion's music is heavily streamed on Spotify and other platforms.

A memorial for XXXTentacion will be held Wednesday at BB&T Center, a 20,000 seat arena that is home to hockey's Florida Panthers.

Arrest made in shooting death of XXXTentacion 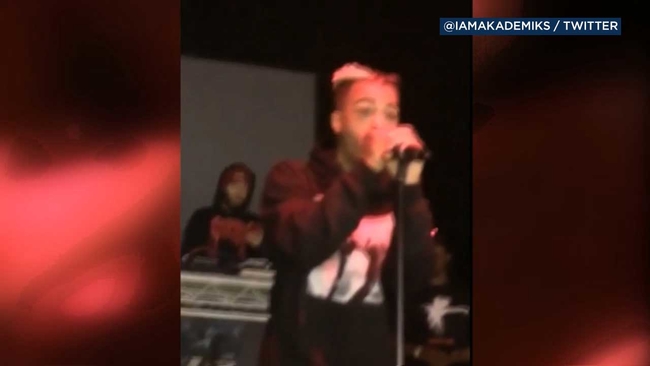