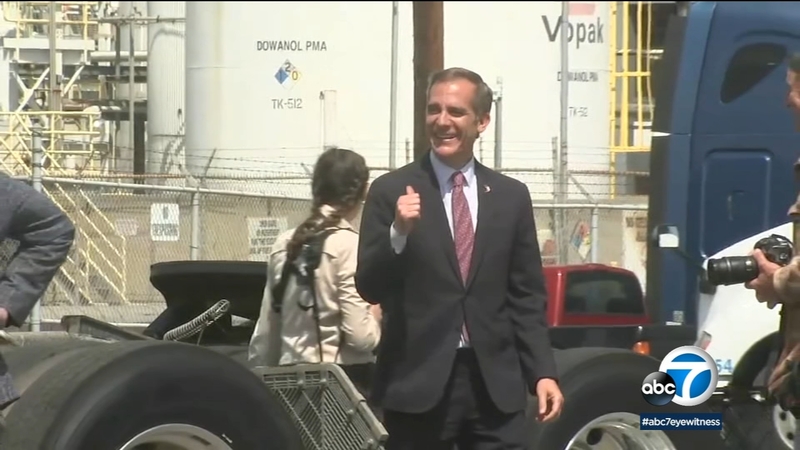 WASHINGTON, D.C. (KABC) -- It seems like Los Angeles Mayor Eric Garcetti's nomination as ambassador to India is getting cloudier by the day.

Senate Majority Leader Chuck Schumer's team privately acknowledged last week that Garcetti does not have 50 votes to be confirmed, according to a report from Axios. That means he's unlikely to receive a floor vote any time soon.

Senators are looking into whether Garcetti told the truth when he testified he knew nothing about harassment allegations surrounding his longtime former aide, Rick Jacobs.

"I want to say unequivocally that I never witnessed nor was it brought to my attention the behavior that's been alleged, and I also want to assure you that if it had been, I would have immediately taken action to stop that," Garcetti said at his confirmation hearing Dec. 14.

Garcetti has maintained that position.

Los Angeles Mayor Eric Garcetti's nomination to become the next ambassador to India could be in jeopardy as multiple Democratic senators are now privately raising concerns that Garcetti ignored allegations of sexual harassment and bullying by one of his senior aides.

The growing concern within the Democratic Party that Garcetti's nomination will not go through comes as India has so far resisted the Biden administration's efforts to get tougher on Russia.

It also leaves the city of Los Angeles in a state of limbo, with no clear timetable of when the Mayor will get his ambassadorship vote by the Senate.

Sen. Chuck Grassley (R-Iowa) has placed a "hold" on Garcetti's nomination as the investigation into the allegations conducted by an outside group, Whistleblower Aid, concludes. Grassley previously told the Los Angeles Times that he does not expect the investigation to conclude before the Easter recess April 25.