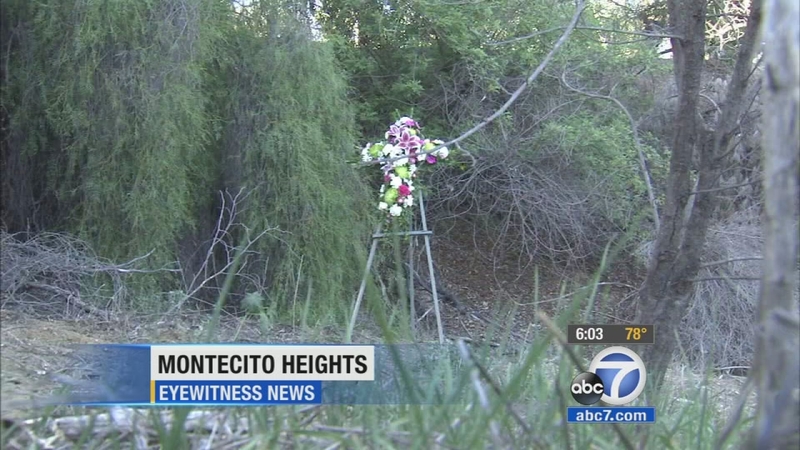 MONTECITO HEIGHTS, LOS ANGELES (KABC) -- One of the women found dead in a Montecito Heights park on Wednesday has been identified.

Authorities said 19-year-old Gabriela Calzada is one of the two women spotted in a gully at Ernest Debs Regional Park.

Due to a security hold, the coroner's office has not released the name of the other woman at this time.

A woman hiking with her dog spotted the bodies about 300 yards from the street, according to the Los Angeles Police Department.

The discovery now has neighbors on edge as police search for the killer.

"I got shocked because I've never seen this before. Now I'm scared," said Marlene Montiel, who lives nearby the crime scene.

"I'm so scared. It's the first time I've ever seen this situation there," said Mayra Majano, who's lived in the area for more than 25 years.

People gathered at the park on Thursday to hold a vigil for the victims.

Investigators said the two women, who appear to be around the same age, were fully clothed and did not appear to have been sexually assaulted.

Police believe the women knew each other and were killed at the location they were discovered.

"Based on the fact that it's in the park and we do have wildlife in the park and the bodies don't seem to be touched in that sense," Captain Martin Baeza with the Los Angeles Police Department said.

At least two people in the area tell Eyewitness News they heard yelling or screaming near the park on Tuesday.

Detectives said they are looking through missing person reports and investigating to see if there may be a connection between the deaths and a man accused of threatening and flashing women in the park.

Police have not announced a suspect or suspects in connection with the case.