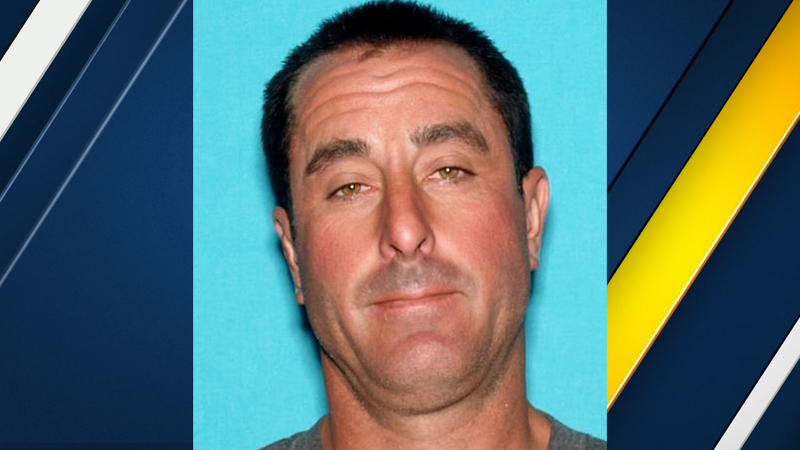 FONTANA, Calif. (KABC) -- A man accused of trying to shoot his estranged wife and attempting to set his in-laws' home on fire in the Inland Empire is on the run Wednesday night, police said.

Matthew Rice, 37, is being sought by Fontana police for attempted murder, a home invasion, assault, arson and burglary.

Rice broke into a home in the 8000 block of Jamestown Circle shortly before midnight Tuesday and tried to shoot and kill his estranged wife after he confronted her and her male friend, police said.

The suspect, who was carrying a shotgun, assaulted the man and woman until he was ultimately disarmed. The woman was able to escape that attack and Rice ran away, police said.

On Wednesday, at about 2 p.m., the woman got a call from a frantic neighbor who explained that her home was flooding. Police believe her estranged husband returned to the home and tried to set it on fire. They also believe he took the woman's car.

Investigators then became aware that there was an attempt to set fire to a home in the 7900 block of Amanda Street. Police said that home belongs to the man from the previous night's assault involving the estranged wife. Authorities said there was fire damage to the front door.

"I don't know what to say. It's shocking. I just see the char marks on the door. I just saw it when I walked out the door," resident Steve Johnson said.

Along with that, investigators learned there was an arson at the home of an estranged in-law of the suspect in the 8900 block of Orange in Rancho Cucamonga.

Police believe the time frame for the arsons in Fontana and Rancho Cucamonga was somewhere between 3 p.m. to 4 p.m.

Rice's estranged wife was hospitalized and is listed in stable condition.

Authorities believe Rice may be driving a 2014 white Chevrolet Cruze with the license plate 7HGK307.