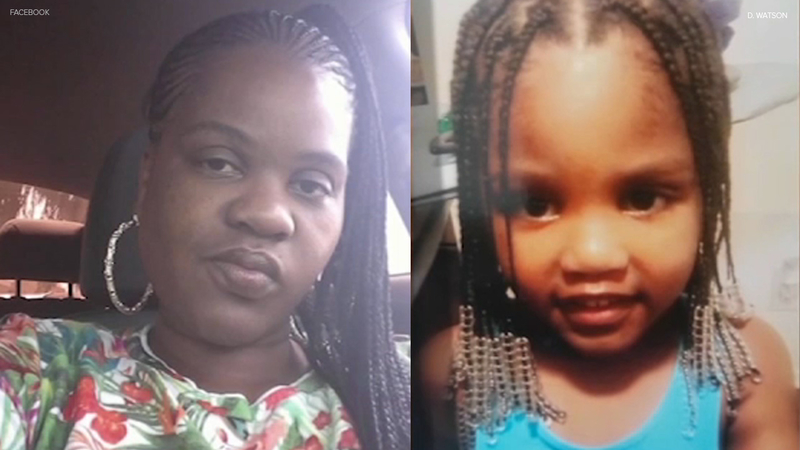 SOUTH LOS ANGELES (CNS) -- A woman charged with murder and other counts stemming from her 4-year-old daughter's death had repeatedly slapped and kicked her before summoning an ambulance to their South Los Angeles home nearly two years ago, two of the girl's brothers testified on Tuesday.

The testimony came during a hearing before Los Angeles County Superior Court Judge Michael E. Pastor, who is being asked to decide whether there is sufficient evidence to require Akira Keyshell Smith, now 36, to stand trial on one count each of murder, torture and assault on a child causing death involving the Aug. 11, 2020, death of her daughter, Eternity.

The criminal complaint alleges that Smith was convicted in 2016 of assault with a deadly weapon and in 2014 of injuring a spouse, cohabitant, fiancé or boyfriend.

The girl's oldest brother, now 18, testified that his mother kept "slapping and slapping'' Eternity that day, and that he also saw his mother choking his sister and "kicking her while she was on the floor.''

The young man -- who said he told his mother to stop -- testified that his mother eventually went to her room while he checked on his sister who was on the floor in the hallway. He said he subsequently told his mother that the girl's stomach was moving in a weird way.

"My mom told me to get her some food. She didn't want any of it,'' the girl's oldest brother testified, adding later that his mother also told him to get some water for her. "We called the ambulance to come and hurry up,'' he said.

Another of the girl's brothers, who is now 10, said he doesn't remember so well what happened to his sister.

"What did you see your mom do? Was there hitting?'' Deputy District Attorney Jon Hatami asked.

"Definitely hitting,'' the younger boy testified, adding that he believed that there was also kicking and slapping as his sister cried.

When asked why he didn't try to stop his mother, the boy responded, "What if I was next?''

The boy testified that the girl was "just laying there, not crying any more'' and "wasn't moving at all'' after his mother stopped the alleged attack.

He acknowledged that he would sometimes play-fight with the girl, and that she had fallen at one point from a bunk bed probably about a month earlier.

Matthew Holguin, a firefighter/paramedic with the Los Angeles City Fire Department, testified that the girl was pale, cold and wet when he responded to the home about 5:12 p.m. that day, and that family members said they had poured water on the girl in an effort to wake her up.

"It just seemed very calm in the house,'' Holguin told the judge, noting that it was unusual under the circumstances.

Holguin said firefighters were informed by the mother that the girl was last seen walking in the hallway when she just collapsed. Paramedics tried unsuccessfully to revive the girl, who was rushed to the hospital and pronounced dead at 5:41 p.m. that night, Holguin testified.

When asked if he heard Smith saying, "Oh, God,'' and repeating her daughter's name, he said he wouldn't describe her demeanor as emotional.

Los Angeles police Officer Elizabeth Armendariz, who was summoned to the hospital, said she observed the girl with multiple contusions to her face and "visible vomit in her hair and coming out of her mouth'' after she had already been pronounced dead.

The officer said she subsequently spoke to the girl's mother, who reported that she had put the girl in a time out after she urinated on herselfwhile in the garage.

The woman told police that she subsequently allowed the girl back into the house and heard her children playing together before one of her sons informed her that the girl had fallen, according to the officer.

Smith began to cry after being approached at the hospital and indicated that she thought people were trying to blame her for the girl'sdeath, the officer said under cross-examination by Smith's attorney.

Coroner's investigator Lauren Diaz testified that she also spoke that day with the girl's mother, who reported that it was stressful being the sole provider for her four children, including an infant son, and that she had regained custody of them in March 2020 after being released from prison.

The girl's mother said that she was under a doctor's care for mental health, and that she initially believed that the girl had vomited for attention while in a time-out, the investigator told the judge.

Smith told the investigator that her children alerted her that the girl had collapsed or fallen, and that her middle son was known to play rough with the girl, according to the investigator.

Diaz said she saw the little girl's body in the hospital, and described "numerous injuries'' she saw after the girl had already been pronounced dead.

The girl died of blunt force to her torso in what the coroner's office categorized as a homicide.

Smith was arrested at 2:30 a.m. the following day by the LAPD's Juvenile Division, and has remained behind bars since then.

Officers took the girl's three siblings into protective custody and released them to the Department of Children and Family Services, according to the LAPD.

Testimony is set to continue Wednesday, with the judge expected to rule then on whether the case against Smith should proceed to trial.