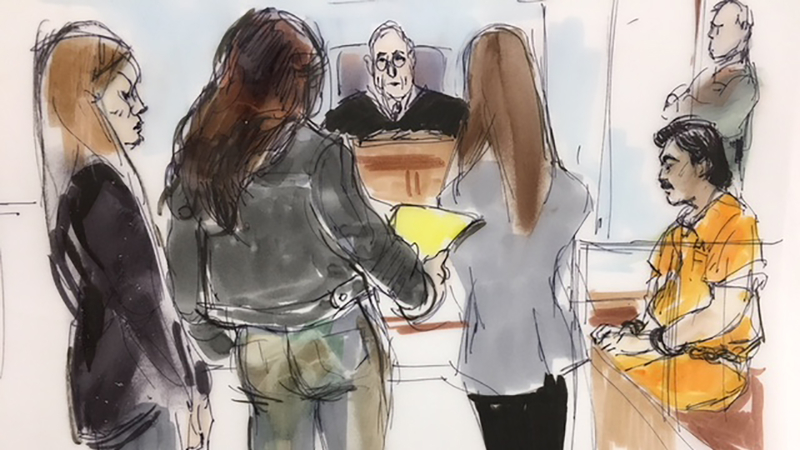 Robert Cain agreed to a plea deal on two felony charges in exchange for a two year sentence. The victim, who is now 16 years old, has also filed a lawsuit alleging sexual harassment, emotional distress and civil rights violations.

Cain resigned last year after being arrested by then LAPD Chief Charlie Beck after an investigation into Cain's involvement in the theft of police cruisers and other equipment by juveniles in the department's cadet program. The investigation revealed allegations of sex abuse.

The girl Cain is accused of abusing was one of the seven cadets arrested for allegedly stealing LAPD cruisers.

The victim was 15 years old when Cain engaged in an unlawful sexual relationship with her.

"You made everything seem like it was nothing, and it was normal. You slowly built fear into me and confused me so that I would feel like there was no way out," the victim said in a prepared statement in court.

How Mom learned daughter was violated. 15 yr old Victim of LAPD sexual assault ripped up the stuffed animal LAPD officer Cain gave her. He assaulted her at Magic Mountain. pic.twitter.com/1g1t7geuib

She called him a monster.

"I was a girl who was enjoying her youth and was thrown into this situation where I was forced to act like a woman," the victim said.

It was revealed that Cain had obtained permission from the cadet's mom to take her to Magic Mountain as a reward for her performance. It was there in the parking lot where Cain assaulted her.

Incriminating text messages from his phone were recovered when detectives were investigating the theft of LAPD cruisers.

The victim's mother said on Wednesday that her daughter feared coming forward because he had a gun, and she was afraid.

The sentences were ordered by the judge to be served concurrently.