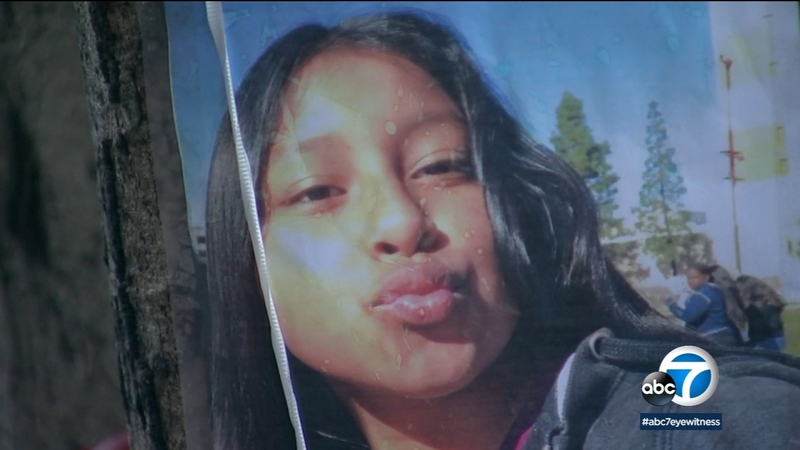 SOUTH LOS ANGELES (KABC) -- Police are continuing to investigate the reason behind a big rig crash that killed a 14-year-old girl walking to school near Exposition Park.

The incident occurred Thursday morning. Los Angeles police said the girl and her 12-year-old sister had a green light and were crossing the street at 37th Place and Broadway when they were hit.

The driver of the big rig told investigators that he didn't see the girls. Authorities are trying to determine if the driver was distracted.

"We're exploring that based on one witness that has told us that she saw him looking down. She didn't see what he was looking at or anything in his hand," said LAPD Detective Moises Castillo.

A 14-year-old girl has died after she and her sister were hit by a big rig while walking to school east of Exposition Park Thursday, police said.

Marlene Lorenzo was killed, and her sister Amy was hospitalized in critical condition. There is a growing memorial of flowers and candles where the girls were struck.

Grief counselors were at Clinton Middle School Friday as students, parents and staff at the school were shaken by the tragedy.

"We're wearing black for Marlene because she died," said one student.

Chaleb Brown, another student, said he learned of the crash while he was on the school bus.

"I was like wow, that's really sad, and everyone was crying on the bus," he said.

The LAPD held morning roll call in the area, which is a show of support for the community.

Area residents say vehicles travel too fast on the streets near the school.

"I don't care if you don't see the kids. You know you're in a school zone. Slow down," said Vanessa Brown, a parent.

The driver of the big rig was not arrested. Authorities are still awaiting results of analysis of his cellphone.
Report a correction or typo
Related topics:
los angeleslos angeles countyexposition parkcar crashtraffic fatalitieschildren injuriesteenagerssiblingscrash
Copyright © 2021 KABC-TV. All Rights Reserved.
RELATED 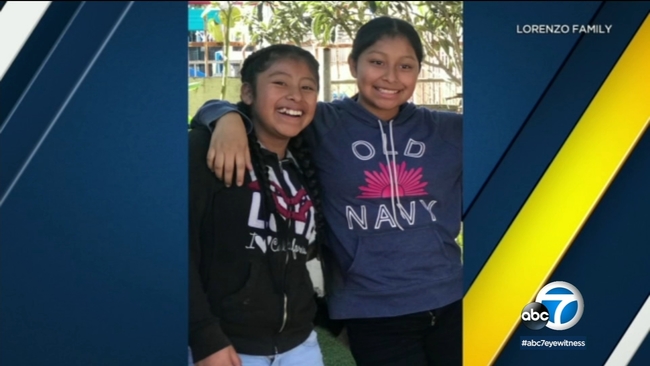