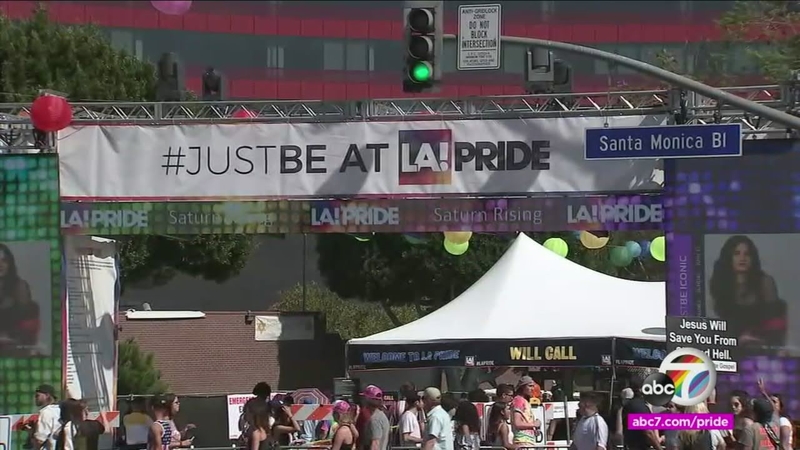 On this episode of Eyewitness Newsmakers, we're devoting time to discuss resources available to the LGBTQ+ community in the area, as well as new challenges being faced.

This includes controversial legislation such as Florida's so-called Don't Say Gay bill, which was signed by Republican Gov. Ron DeSantis in March, that bans classroom instruction on sexual orientation or gender identity in kindergarten through third grade.

In addition, advocates have grown even more concerned after a leaked draft of a U.S. Supreme Court ruling that, if finalized, would likely make abortions illegal many states.

"The recent events in our country are deeply concerning to me and our community, and I think what I'm most concerned about is the pending decision by the Supreme Court on Roe vs. Wade, and just the avalanche of ways in which that will open the door to take away rights for the LGBTQ community," said Joe Hollendoner, the executive director of the Los Angeles LGBT Center, who is featured in this week's episode.

Plus, we spotlight the Trans Chorus of Los Angeles, a nonprofit that is bringing awareness and lifting spirits through song.

"They knew there was a need for that ... that there's only seven choruses that are trans-identified in America, and TCLA is one of the largest and the premier," said Abdullah Hall, the group's artistic director. "When it was formed in 2015, the gay men's chorus and [creator] Lindsey Deaton realized there was a need for that. That was the beginning of that trans-mergence in media around 2015."