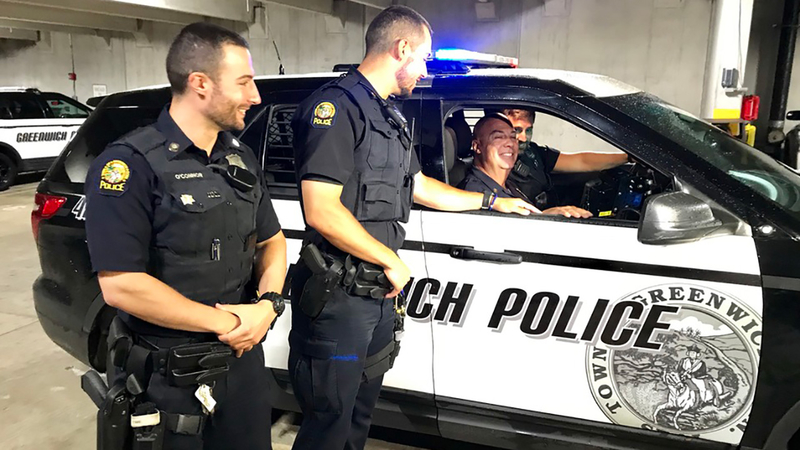 GREENWICH, Connecticut -- It was a special moment and a family affair for one police department in Connecticut Thursday, where a retiring sergeant got to work the same shift as his three sons -- who are also police officers in the same department.

For the first time, the 59-year-old -- who is calling it a career this month -- rode in a patrol car with his boys: Patrick, Michael Jr., and William.

Officials say they are the only active father and three-child combination in the state of Connecticut, among a handful in the country.

Michael, Sr., has been on the job for more than 30 years.

The men have worked in Greenwich for different amounts of time, but only in the last year have they all overlapped.

Sgt. O'Connor is a lifelong resident of Greenwich who has been serving the community for 43 years.

His wife, Mary Ann, is a school nurse in town.