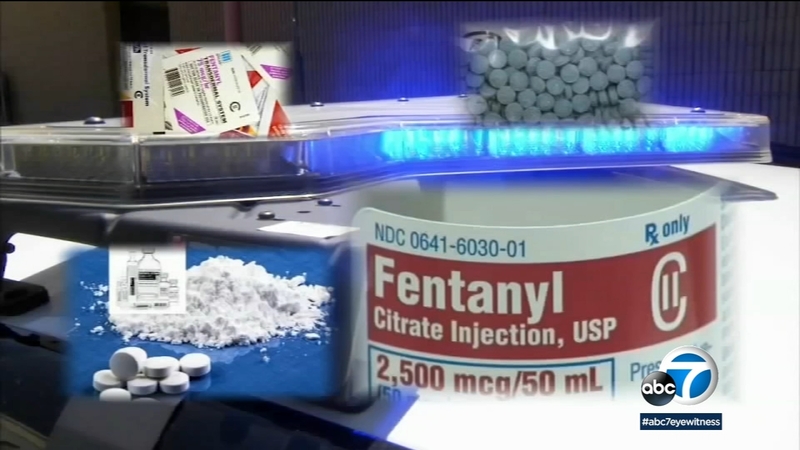 SANTA ANA, Calif. (KABC) -- Prosecutors in Orange and Riverside counties are upping the stakes in the battle against fentanyl, saying drug dealers whose customers die from the opioid could be charged with murder.

The new approach to prosecution comes as fentanyl-related deaths skyrocket across the country.

"I'm not going to let drug dealers get away with murder," Spitzer said.

Under the new policy, a person who is convicted of a variety of drug-related offenses will be formally advised of the dangers of controlled substances and warned that if they commit another drug-related crime and that if someone dies as a result, they can be charged with murder.

By changing the cause of death from an overdose to poisoning this gives law enforcement more leverage in charging those who manufacture and sell lethal doses of the drugs with murder.

Experts say fentanyl is becoming increasingly popular as an additive to drugs because it is cheap and highly potent in small quantities. Often it is added without the knowledge of the drug user.

Parents who lost a child to fentanyl spoke out at the press conference to support the DAs' new effort.

"These drug dealers, these purveyors of death, are well aware of the poison they are handing to your friends, their neighbors, your children, your children's friends, your family," parent Matt Capelouto said.

In Riverside County, Hestrin says his office has filed charges in seven drug-related murder cases and three more are in the works. In Orange County, Spitzer says he's working on building similar cases.