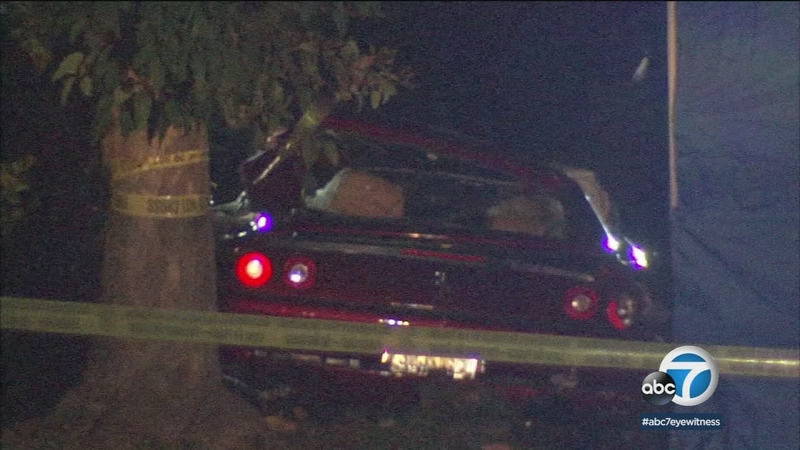 PACIFIC PALISADES, LOS ANGELES (KABC) -- The driver of a Ferrari died after losing control of the vehicle and crashing into a BMW in Pacific Palisades Tuesday.

Authorities said the crash happened around 6:30 p.m. in the 500 block of North Chautauqua Boulevard. The driver of the Ferrari was heading southbound on the roadway, authorities said.

The Ferrari then crashed into a BMW that was heading northbound, sending it onto its side against a parked car. The luxury vehicle lost control and crashed into a tree.

Authorities said the driver of the Ferrari died at the scene and a passenger was in the vehicle. Two other people were taken to a hospital in serious condition, according to authorities.

After the crash, someone who knew the Ferrari driver spoke with Eyewitness News.

"I had a friend text me that their neighbor had died and I knew them well. He actually knows my brother quite well. It's just a terrible situation," Andrew Bagnard said.