Hundreds of workers across Los Angeles, including at least 40 who were arrested, joined a national effort for higher wages in what is being considered a "day of disruption" for businesses Tuesday morning in downtown L.A. and near LAX.

LOS ANGELES (KABC) -- Hundreds of workers across Los Angeles, including at least 40 who were arrested, joined a national effort for higher wages in what is being considered a "day of disruption" for businesses Tuesday morning in downtown L.A. and near Los Angeles International Airport.

It's part of a "Fight for 15" movement. Organizers in Los Angeles said the $10.50 minimum wage that is in effect now is not enough, and employees are also demanding union rights.

"Los Angeles is the home of the fast-food industry and a lot of people go to these places. It's another day of business for McDonald's but not for us. Today, we're going to be reminding them that they have to do the right thing and pay their workers better," organizer Pablo Alvarado said.

The minimum wage in Los Angeles will eventually be increased to $15 per hour in 2021, but organizers said employers need to do more.

"Waiting would only be a process and would keep us back and keep us in a struggle as well," said protester Samuel Homer.

Workers include those from the fast-food, home and health care, ride-share and airport industries. The protest is also in response to the recent election, according to organizers.

McDonald's issued a statement regarding the protests.

"McDonald's takes seriously our role in helping strengthen communities as we and our franchisees separately employ hundreds of thousands of people, providing many with their very first job," spokesperson Terri Hickey said. "We invest in opportunities for McDonald's employees to finish high school, earn a college degree and develop the valuable skills necessary to build successful careers even beyond our restaurants."

Around 6 a.m., a protest began at 7th and Alameda streets in downtown Los Angeles. Demonstrators blocked the intersection, carrying signs and banners that said "When we strike, we win," and other messages.

Los Angeles police asked demonstrators to move out of the street to allow traffic to flow through, but about 40 people did not comply and were arrested. They will be cited and released, authorities said.

About 300 people attended the early morning protest, and those who moved out of the street continued to stand in front of the McDonald's at the corner of the intersection.

Demonstrators made their way to Airport and Century boulevards, just east of Los Angeles International Airport, to continue the movement on Tuesday.

Crowds were seen marching toward Tom Bradley International Terminal and into several terminals in the airport, but no flight operations were interrupted, according to LAX police.

The demonstration remained peaceful in the afternoon, but the message was still made clear.

"That was our purpose and our goal because some employees here, at LAX, that work hard for their money, they work hard to support their family, but they're not getting the pay that they so well deserve," said protester Sandra Weatherby. 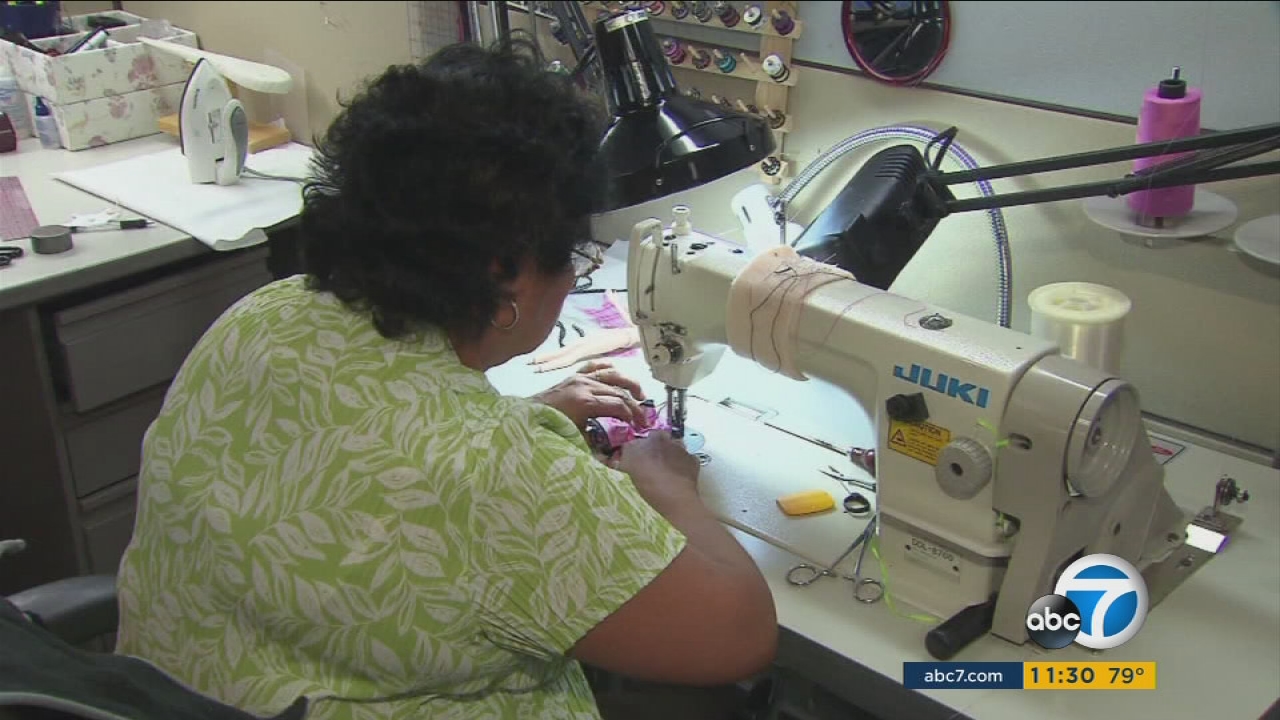 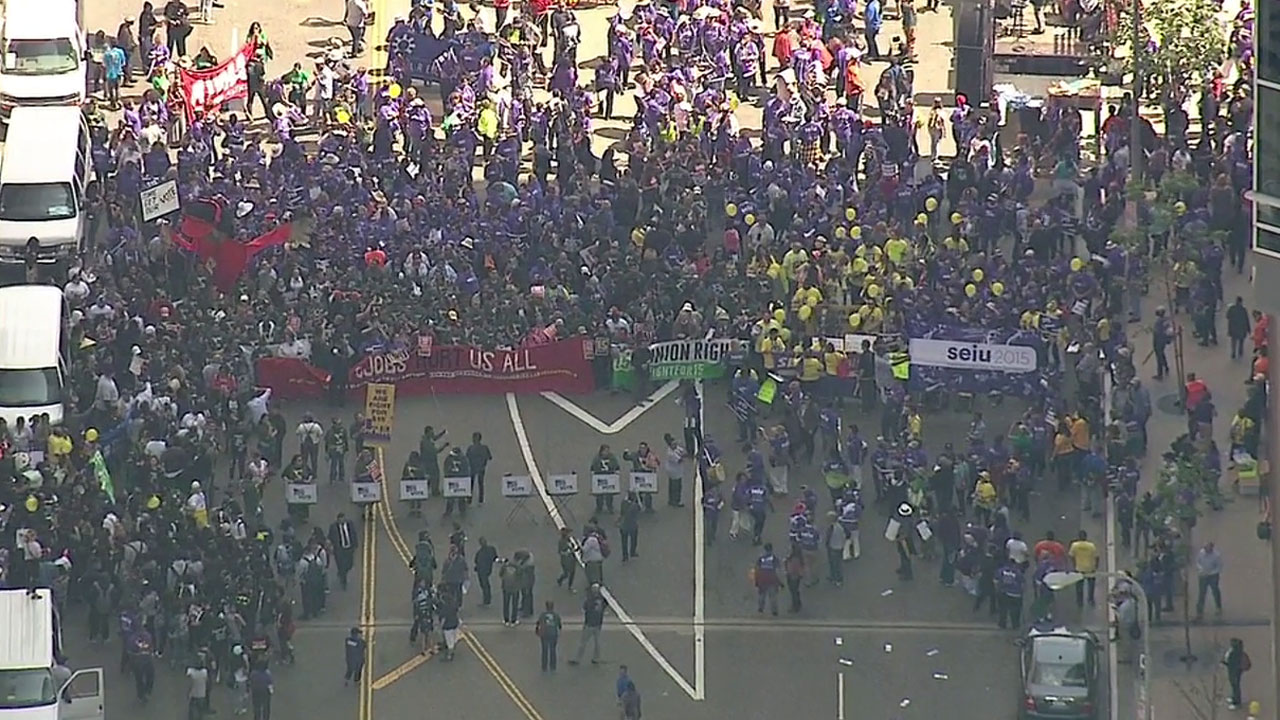