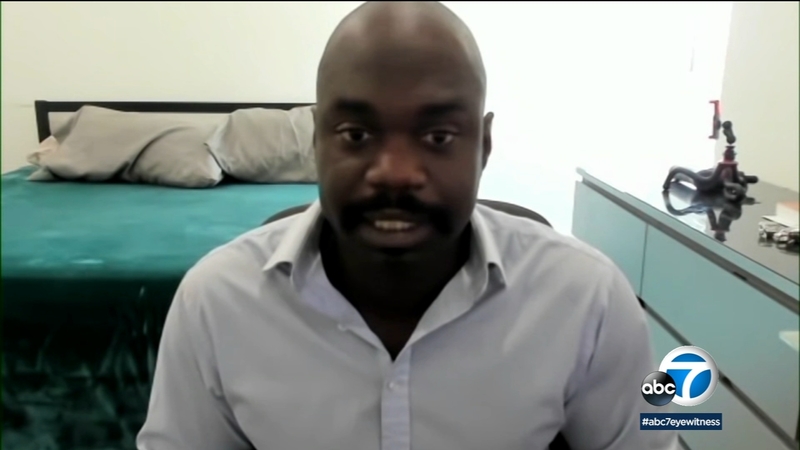 LA man says EDD put him on hold for 9 hours

LOS ANGELES (KABC) -- Ken is a Los Angeles resident who's made calling the EDD a daily routine. He's been trying to get updates on his pending claim since October.

On this specific day, he says he got through, only to be put on shocking hold time.

"She said 'Hold up, wait a second, I think I can do something for your file,' and then she put me on hold, and then I was on hold for about nine hours, a little over nine hours," he said.

For Ken, it's beyond frustrating, as his unemployment claim stretches him and his finances to their limits.

"The evening that I did do that nine-hour call, I didn't have anything in my fridge, so I was just eating peanut butter, and then I went to sleep after that," he said.

The process of overhauling California's Employment Development Department should have happened long ago, according to a report by the state's auditor.

He also went to his local lawmaker for help. State Senator Bob Hertzberg's office says it attempted to help Ken find a resolution, but admitted there are limitations to what they can do.

In a statement, Hertzberg said: "We have so far resolved more than 1,000 pandemic-EDD claims. Our community is hurting due to extensive delays in claim resolution. In addition to regularly updating the Valley on our contacts with EDD on their behalf, we also advise our residents of the numerous community resources and programs that are available that can help them with their immediate needs. EDD must absolutely tamp down on fraud - no excuses. But should not delay or deny valid claimants their much needed benefits."

"We have been asking over and over again the EDD about this new black hole," said Patterson. "We have not gotten any answers. We've asked how big is the backlog. We've asked how can people get out of it? How long is this lasting? And as always, we're just getting the same old runaround."

While the EDD has processed 20.3 million claims since last March, the department says it continues to work through 1.4 million claims that were run through additional fraud criteria and suspended until identity or eligibility could be verified. Most of these claimants were sent instructions to verify their identity. The EDD says 42% of them never opened their messages.

But Ken says he successfully verified his identity the first time around last March.

"You call in and you ask why is it pending and then they say well we have an ID issue, and then when you finally get the ID issue wrapped up, then they say that it's another issue," said Ken.

Patterson blames an understaffed and ill-trained EDD that uses technology that continues to fail.

The EDD tells Eyewitness News it started investigating Ken's claim and would reach out to him. At the time of publication, Ken said he hadn't heard from them yet. Eyewitness News was contacted by Ken after the airing of the report and he said he has now received some of the money, and that his other claims in the system have been switched from "Not Paid" to "Paid."
Report a correction or typo
Related topics:
personal financelos angeleslos angeles countyunemployment californiaunemployment
Copyright © 2021 KABC-TV. All Rights Reserved.
More Videos
From CNN Newsource affiliates
TOP STORIES