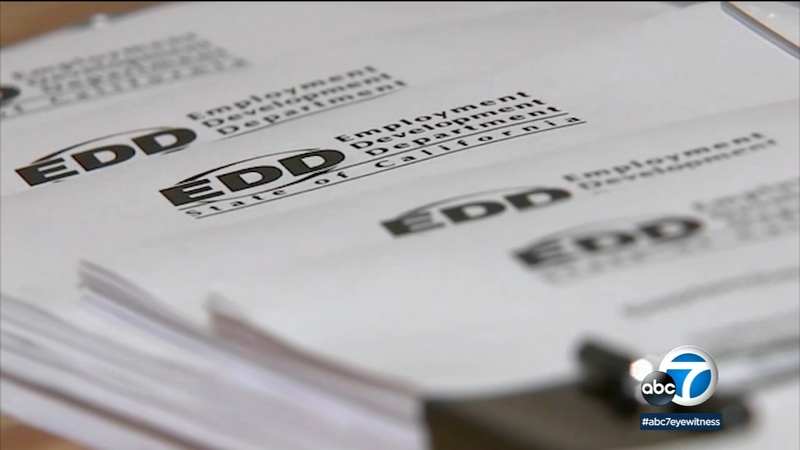 SACRAMENTO, Calif. (KABC) -- The process of overhauling California's Employment Development Department should have happened long ago, according to a report by the state's auditor.

"EDD was not prepared. They should have instituted some significant changes based on recommendations we made back in 2011," said state auditor Elaine Howle.

Howle made the comment during an oversight meeting with state lawmakers.

"The people of California are pissed off and so are we, and there is no excuse for them not implementing these recommendations to protect the people of the state of California who are most vulnerable during this pandemic," said State Assemblyman Mike Gipson.

The state's unemployment system struggled to keep up with the historic surge in claims as the coronavirus pandemic hit. Howle said safeguards were taken down by the EDD to get money to people fast but that opened the door to rampant fraud. As a result, millions of California's struggled to get paid their benefits as the EDD started to clamp down on fraud.

The Orange County D.A. outlined three separate unrelated plots, involving 10 people altogether that he said exploited loopholes in the state's unemployment system to steal nearly $500,000 that should have gone to taxpayers in need during the COVID-19 pandemic.

Robert McDonnell lost his job in June after he was laid off from Goodwill. He was unable to return to his job due to his medical condition putting him at risk. He is now homeless and relying on friends for help.

"All I want is to get my money, to get this resolved and to try and get into a new home," said McDonnell.

McDonnell has been fighting with the EDD after his benefits were denied due to issues verifying his identity. He says at one point he waited seven hours to speak with someone only to be told no one could help.

EDD Director Rita Saenz didn't dispute the findings in the state auditor's report. She took the helm of the EDD just a month vowing to implement recommendations from the report to streamline the agency's call center, put in place fraud prevention measures and most importantly getting benefits into the hands of those who need it most.

"We are accelerating whereever we can as our current customer services are simply unacceptable," said Saenz