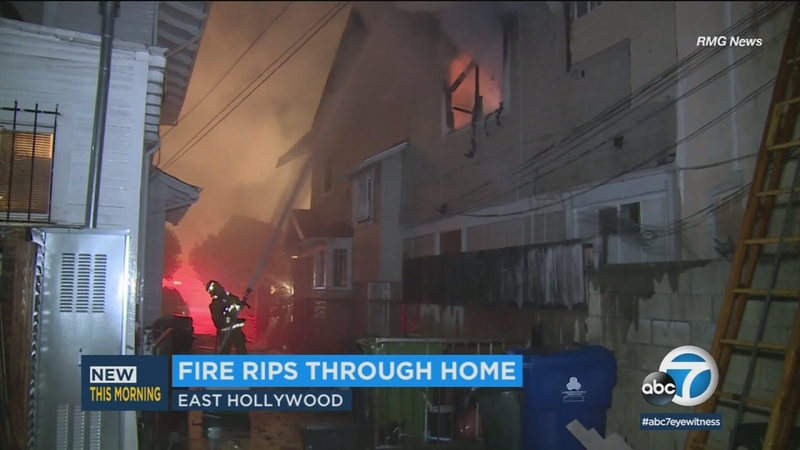 All 13 bedrooms in the home were occupied when the fire started around 1.a.m., although nobody was seriously injured as smoke detectors alerted residents to leave the building.

Firefighters had to use a ladder to rescue one of the residents and another was transported to the hospital in fair condition as a result of smoke inhalation.

Most of the residents were asleep when the fire began.

"I've never been in a fire before, so this was a first and it really scared me," victim Adrian Tushek said.

The Red Cross was on the scene Thursday morning to help residents find alternative housing.