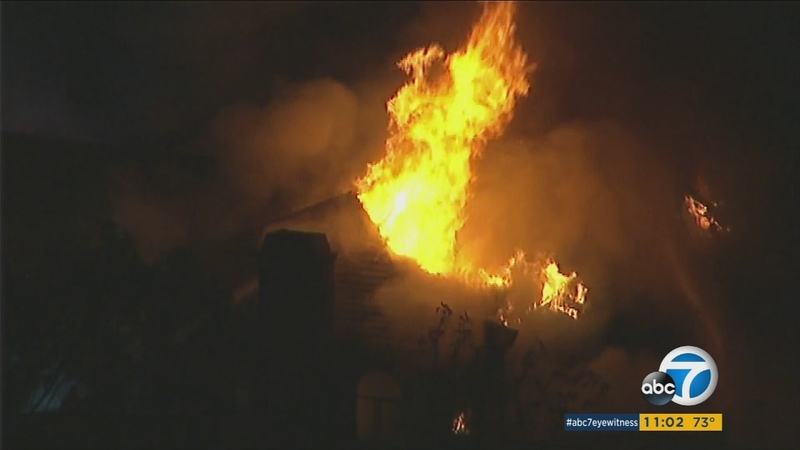 An 84-year-old man remained unaccounted for late Thursday as firefighters continuing mopping up hot spots. Residents said the owner of the house ran inside to save some puppies and they did not see him again.

A 74-year-old woman was treated for smoke inhalation and listed in fair condition, fire officials said.

The multistory home was described as a 9,111 square-foot hillside house built in 1991. At least 126 100 firefighters were assigned to fight the blaze.

Firefight continues in Mt. Washington. As many as 4 people unaccounted for. Firefighters still can't enter home. Live at 11 @ABC7 pic.twitter.com/nyI9c7M0NK