Eric Stein was supposed to be the best man at his brother's wedding Saturday. Instead, his family spent the day grieving over his death.

AGOURA HILLS, Calif. (KABC) -- Eric Stein was supposed to be the best man at his brother's wedding Saturday. Instead, his family spent the day grieving over his death.

The 36-year-old was killed in a crash involving a Los Angeles County Fire Department camp crew vehicle in Agoura Hills. He and his wife were on their way to his brother's wedding rehearsal dinner.

"We don't have Eric with us and we never will. The accident should not have happened," his mother Karen Kirn said amid tears.

"From eyewitness accounts that we already talked to, they were going at excessive speeds," brother Sean Stein said.

Eric Stein and his wife Ksenia were turning into Saddle Rock Ranch for his brother's wedding rehearsal dinner when they were hit.

"Eric was taking a left hand turn, and they passed him on the left. They grabbed his car and dragged him off to the side of the road," Kirn said.

Eric Stein's youngest brother, a licensed EMT who just finished paramedic school, rushed out to help, but it was too late.

Eric Stein was pronounced dead at the scene. His wife, who he married in February, was airlifted to a hospital.

California Highway Patrol officials say the truck had its lights and sirens on responding to a nearby brush fire. Stein's family says the vehicle was so close, the 36-year-old never had a chance to react. They called the actions of the firefighter driving the vehicle negligent.

"Even if it was Code 3, there's no reason for them to be barreling down a hill at that rate of speed, not giving traffic in front of them enough time to at least adjust to what's going to happen," Sean Stein said. 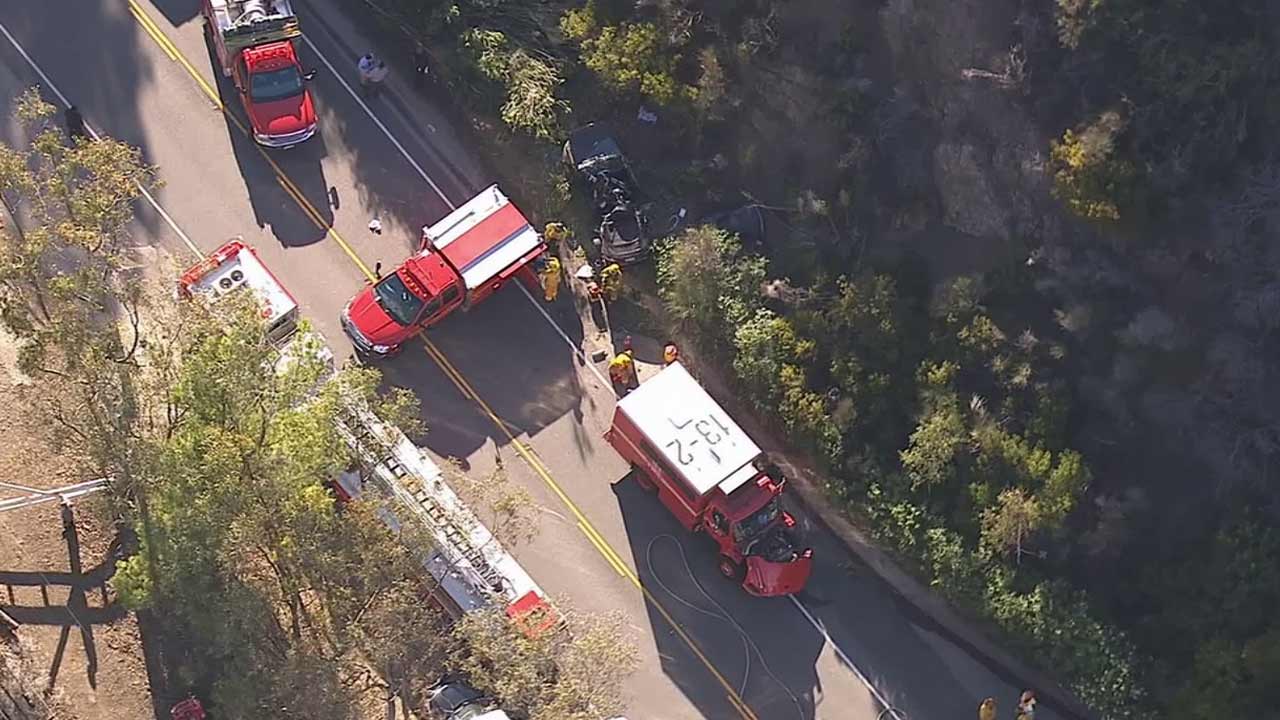