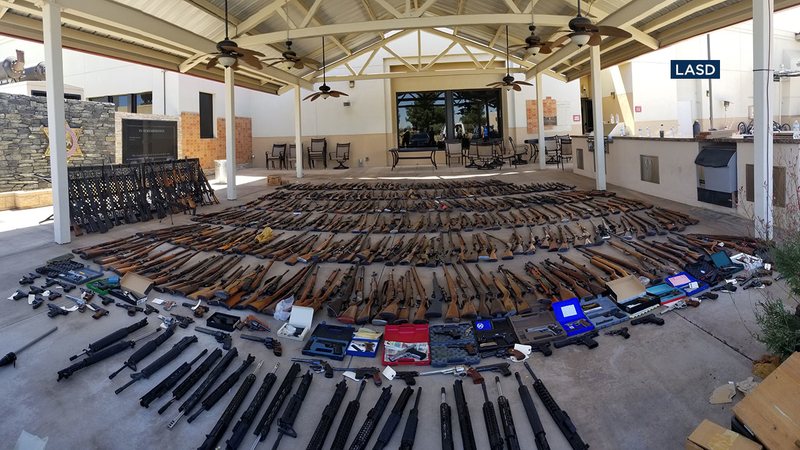 The investigation began with a tip that a man who was a convicted felon - later identified as Manuel Fernandez, 60 - was in possession of a large arsenal of firearms.

They say they found and seized 432 firearms as they searched the property. They arrested Fernandez for being a felon in possession of firearms and ammunition.

They were then led to another property connected with Fernandez in the 34900 block of Sweetwater Drive and seized 30 illegal firearms that were being held by a woman connected to him. She was not at the property and has not been found since, but investigators are preparing charges for the District Attorney's Office to review.

They then returned to Fernandez's residence a day later and found an additional 91 firearms that had been hidden. They also seized computers, cellphones and hard drives.

Sheriff's deputies are working with the U.S. Department of Justice and the Bureau of Alcohol, Tobacco and Firearms to investigate how Fernandez acquired all the weapons.