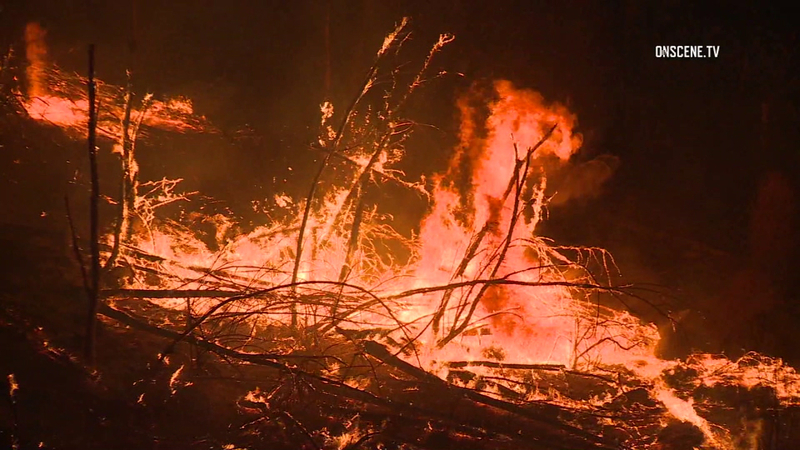 Firefighters respond to small blaze in foothills above Claremont

CLAREMONT, Calif. (KABC) -- Firefighters from multiple agencies responded to a small vegetation fire Friday evening in the foothills above Claremont.

The quick-moving blaze had burned up to 20 acres as of 9:30 p.m. near the intersection of Shinn and Mount Baldy roads, according to Deputy Fire Chief Tim Dunfee of the Angeles National Forest agency.

The fire was five percent contained and had burned 12 acres as of late Friday night.

"Tonight we noticed a battle between topography and winds," Dunfee said. "Winds were downslope about five miles per hour, but the fire was wanting to burn upslope, so the two were battling each other, moderating fire behavior."

No injuries were reported and no structures were immediately threatened, fire officials said.

A water-dropping helicopter from the Los Angeles County Fire Department's Air Operations Section was assisting at the scene.

The closest community, Claremont, was four to five miles away from the fire. No evacuations were ordered.