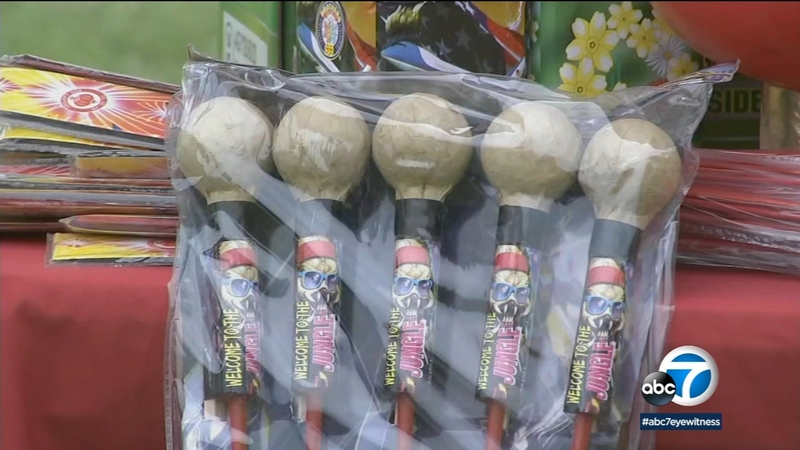 LOS ANGELES (KABC) -- Just a spark from one firework sends clothes up in flames in a matter of minutes.

The Los Angeles County Fire Department demonstrated just how dangerous even "safe and sane" fireworks can be.

Firefighters are putting the word out that with severe drought conditions and extreme heat, just a mere spark could ignite an out-of-control, destructive wildfire.

Los Angeles County Fire Chief Daryl Osby encourages the public to visit a professional fireworks show to have a safe and enjoyable Fourth of July.

Illegally setting off fireworks could cost you big bucks in fines if you are caught and the sheriff's department is warning they will be on patrols looking for violators.

Los Angeles County Sheriff's Department Lt. Anthony Easter says law enforcement will be in a partnership with the fire department to enforcing ordinances and laws, with fines that can reach $1,000.

And it's not just concerns about property. Fireworks can lead to serious injuries or even death.

They say despite the pandemic shutting down 4th of July celebrations last year, they still responded to a rash of firework injury calls.

The fire chief says children and adults have been injured from safe and sane fireworks and illegal fireworks, and there's numerous incidents across the nation as it pertains to fireworks.

It's an effort to reduce illegal fireworks during the holiday weekend.