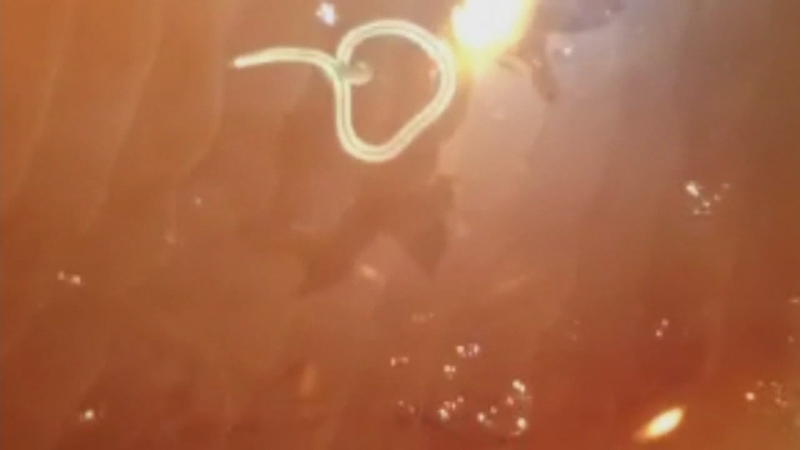 Jen Chafitz says she'll be sticking to vegetables for a while. Video of her recent experience with a piece of fish from her local grocery store has gone viral and has others saying they'll be doing the same.

Chafitz had visited Fry's Food and Drug Store location on June 28, where she picked out a salmon fillet to cook for dinner that night. But when she examined the fish a couple of hours later, she noticed two worms moving around inside the packaging.

"Its head was sticking out of the fish," Jen told told ABC affiliate KNXV-TV. "Standing there I felt like something was crawling on me, it was really gross."

Jen then called for her husband Dustin who was also taken aback by the worms crawling around on the fish.

"I just couldn't wrap my mind around what I was seeing," Dustin said.

The couple posted a video of the worms to Facebook before taking it back to Fry's to alert the manager.

A representative for Fry's told KNXV-TV that a full refund was offered to the couple, and that the store was contacting the distributor to make sure quality control was up to its standards.

Jen says she won't be eating chicken or fish for a while.