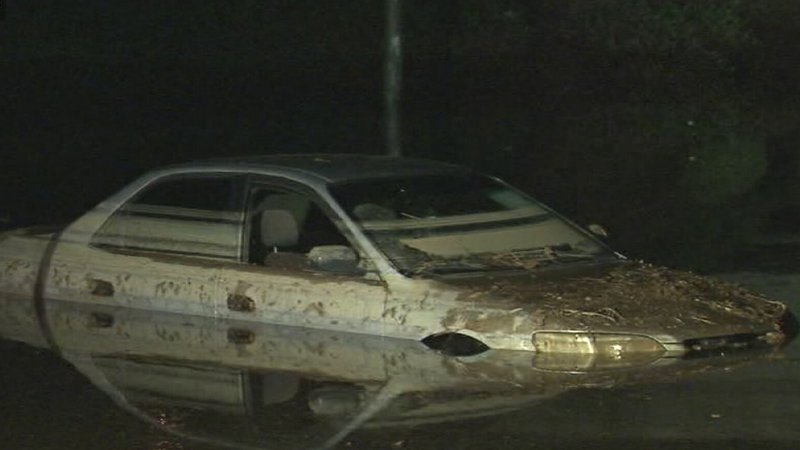 Fourteenth Street at Vine Street was expected to stay closed until at least 2 a.m. Monday. Pumps used to clear out the water lost power for some time Sunday night before they began working again.

It was just one of several areas that were flooded after the sudden storm struck Riverside and other portions of the Inland Empire.

At least two cars were partially submerged in the flood waters at Lime and Poplar streets. The drivers of the vehicles were not harmed.

"I walked out to that car because it had lights on, I thought somebody was trapped in it," said Matt Willhite, pointing to one of the cars stranded in the water. "We called 911. No one was there. This car started floating," he said, pointing to the second car across the way.

The flood waters even reached the front doorstep of one home. The owners said there was no interior flooding.

Residents living near Poplar and Lime streets said the rain flooded a portion of their neighborhood in a matter of 15 minutes. They said rain water often pools in the street because there is no way for it to drain properly. 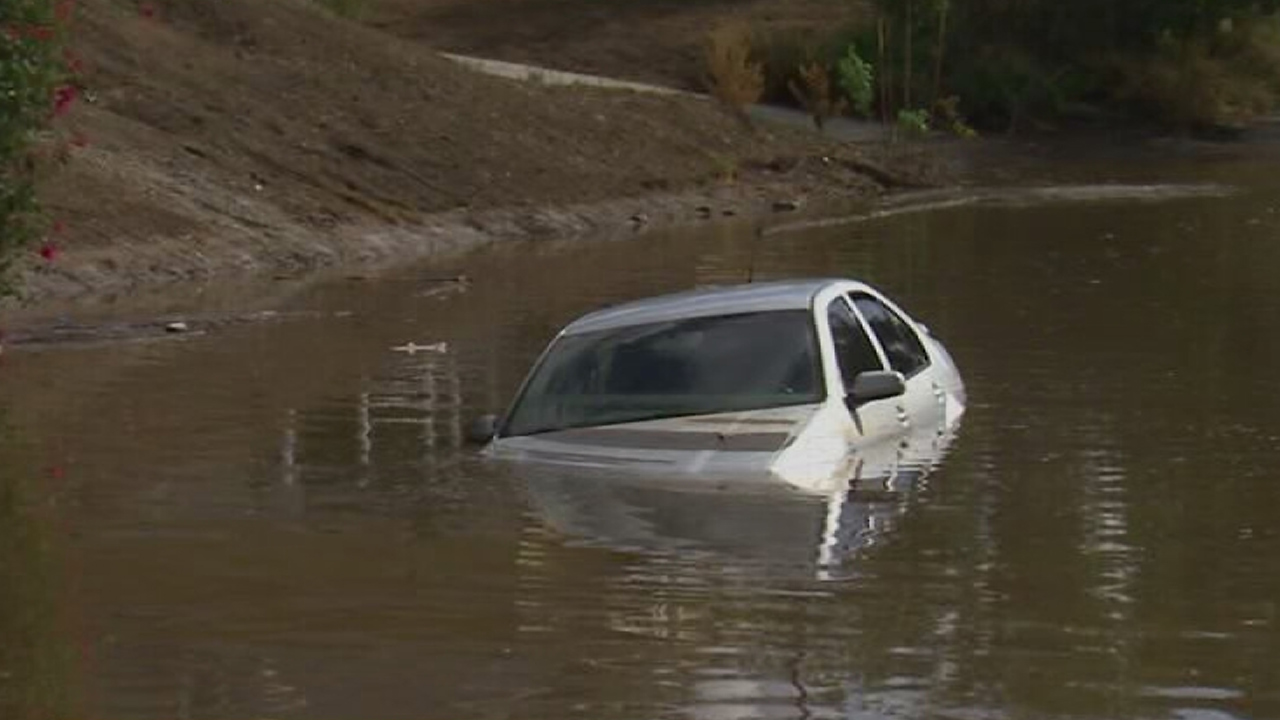 Two other vehicles were submerged in the area of 14th and Vine streets at the 91 Freeway.

"There were children in one of the cars that I did see, and another woman in another car," said Akila Crane. "But there was nothing they could do because if they would have gotten out of the car, I'm sure the water would have been waist-high."

The National Weather Service issued a flash flood warning for southwestern San Bernardino and northwestern Riverside counties and a portion of the Coachella Valley until 4:15 p.m. after a "persistent thunderstorm" was spotted between Hemet and Idyllwild Pine Cove.

The warning, which was triggered by the leftover moisture and energy from Hurricane Norbert, covered the Silver Fire and Mountain Fire burn scars and La Quinta, Santa Rosa Mountain, Indian Wells, Oasis, San Jacinto, Beaumont and Banning areas. The NWS said more than 2 inches of rain fell in some spots.

State Route 74 was closed in both directions from Willowbrook to State Route 243 due to flooding. Highway 86 and 243 were also expected to be impacted.

The CHP said all lanes of the northbound 215 Freeway at Blaine Street in Riverside were flooded, and the 60/91 interchange was flooded as well. Trees were down in the 800 block of Via Mindi in the Canyon Crest neighborhood and debris is blocking storm drains there, causing street flooding.

The CHP also closed Route 74 at Borco Street in Hemet east to the junction with Route 243 at Mountain Center, and also Route 243 between Mountain Center and Idyllwild, due to flood waters, debris and rocks on the road.

More storms were expected to develop as the day went on. A flash flood warning means that flooding is imminent or occurring. If you are in the warning area, move to higher ground immediately. People near streams and creeks should take immediate precautions to protect life and property. Do not attempt to cross swiftly flowing waters or waters of unknown depth by foot or by automobile.

The National Weather Service advised people in the area to get indoors to avoid lightning. 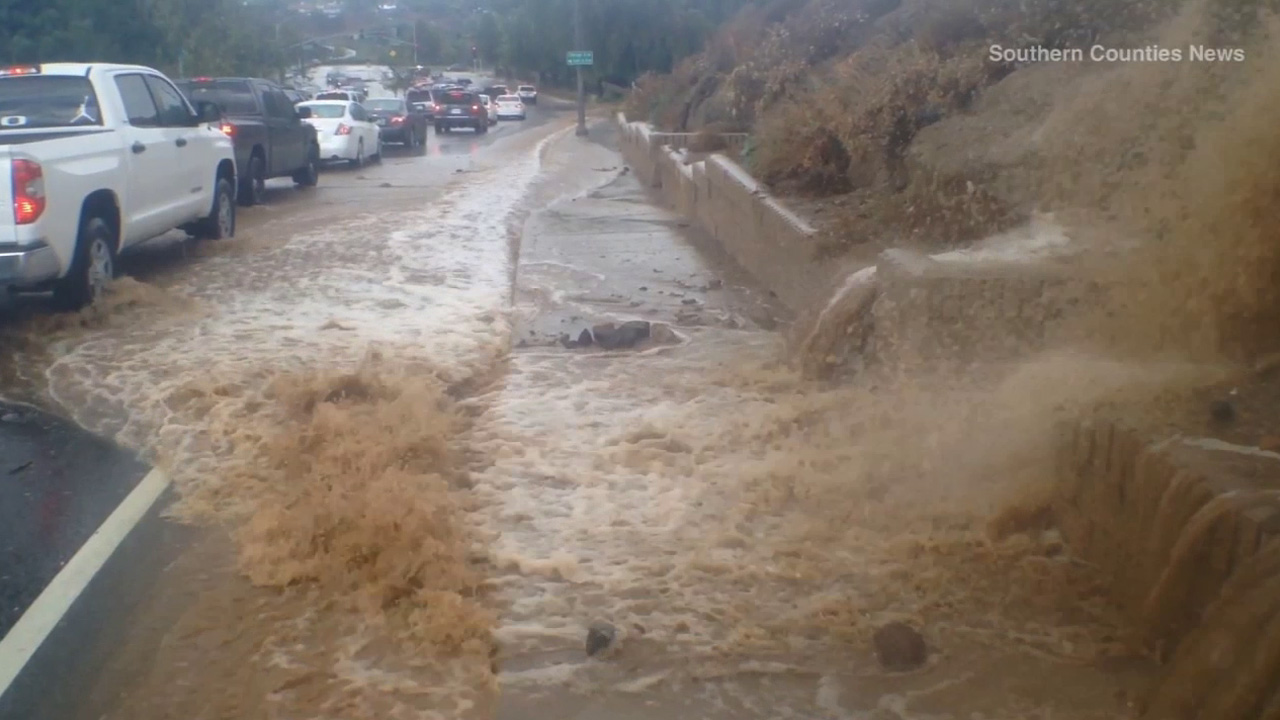