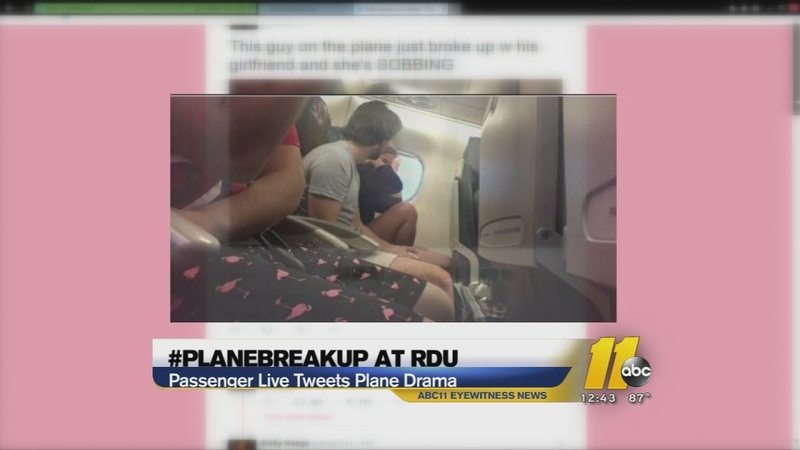 RALEIGH-DURHAM INTERNATIONAL AIRPORT -- A couple's emotional breakup while on a delayed flight from Raleigh Durham International Airport went viral over the weekend.

It started when a fellow passenger live tweeted a play-by-play Sunday night.

This guy on the plane just broke up w his girlfriend and she's SOBBING pic.twitter.com/IW9QVYxXdB

Guy: "is this really a surprise? Are you seriously surprised at this information?"

"Is that what you're starting to do with me? Just slow fade me OUT? Just like the others?"

Between the arguing and the sobs, the drama seemed to ensue.

Guy: "You need to calm down" Girl: "To me I just really thought, you know, this was going to go somewhere"

However, as the plane took off, the couple seemed to reconcile.

We took off, they immediately ordered SIX vodkas and Bloody Mary mix for the 50 minute flight and chugged them in silence between makeouts