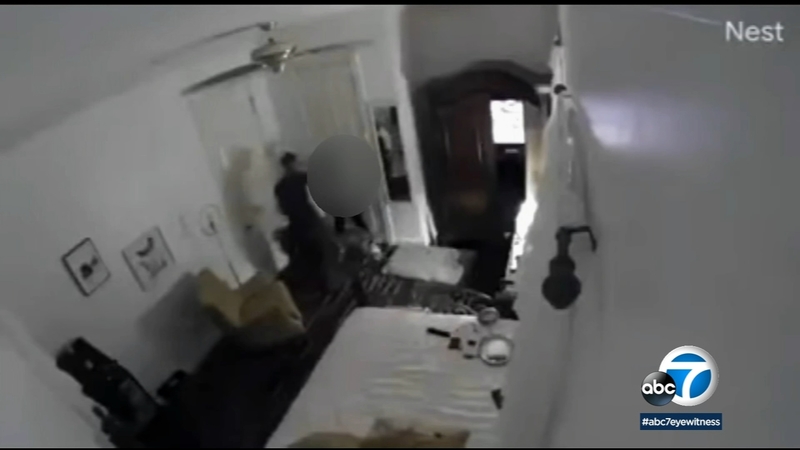 OKALOOSA COUNTY, Fla. (KABC) -- A 14-year-old Florida girl who claimed for years that her father was abusive, but was never believed, needed a way to prove her allegations -- so she installed a camera in her bedroom.

The Nest camera captured difficult-to-watch scenes, allegedly showing the father -- identified as Damon Becnel -- abusing the family dogs, shoving and screaming at the girl and even head-butting her.

At one point, the man in the video is seen hitting the animal and holding an object to the dog's neck. An Okaloosa County Sheriff's Office report identifies that object as a knife.

A man is now in custody after a doorbell camera captured a woman being chased, kicked in the face, and dragged into a car.

The teen then jumps on top of the man.

Authorities arrested Becnel after the daughter took the videos to the Sheriff's Office as evidence.

He has since been released on bond and is scheduled to appear in court Feb. 4. According to the report, Becnel is a prominent local business owner.