A time capsule that was discovered in a Fontana home has been returned to the person who hid it decades ago.

FONTANA, Calif. (KABC) -- A time capsule that was discovered in a Fontana home has been returned to the person who hid it decades ago.

Former resident Rob Wright was just a kid the last time he had his hands on the items he stowed away in the capsule 37 years ago.

Inside was a McDonald's game scratcher, coins and a letter that Wright wrote to himself.

Wayne Wright, Rob's father, said the idea for a time capsule came about while he was repairing a wall inside the house one day.

"I wrote my name on the inside of a wall and he asked me about it. I told him, 'Oh it's just there because somebody will know that I was here.' Then he says, 'Can I do something?'" he said. "It may not be valuable to other people, but it's a fortune to us."

"When you appreciate art, it makes you appreciate things that have sentimental value. So for me it was really important to at least get it back to the owner," Sandoval said.

Eyewitness News wrote a story about the time capsule in December and our sister station in Houston, Texas picked it up. Soon people were sharing the story all over Facebook.

That's how Wright discovered someone had found his time capsule.

Wright said he's going to have his kids make their own capsule. 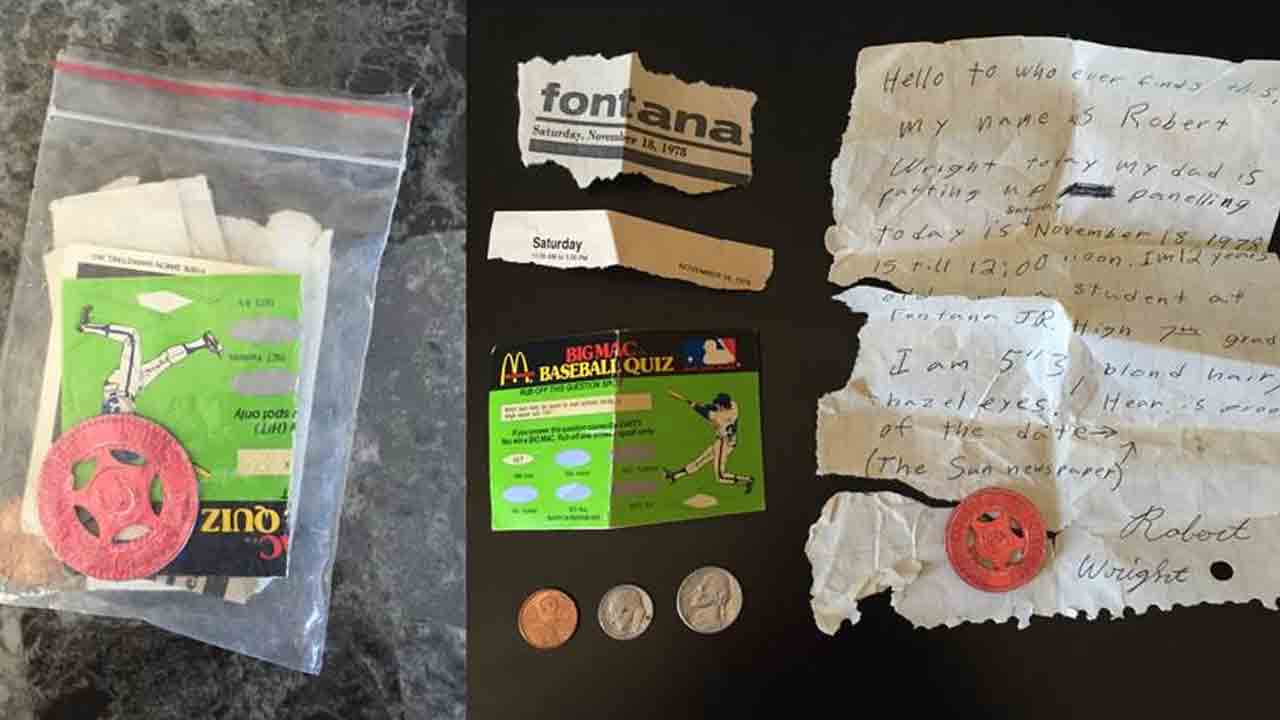