Robot cook Flippy is coming to Dodger Stadium in August 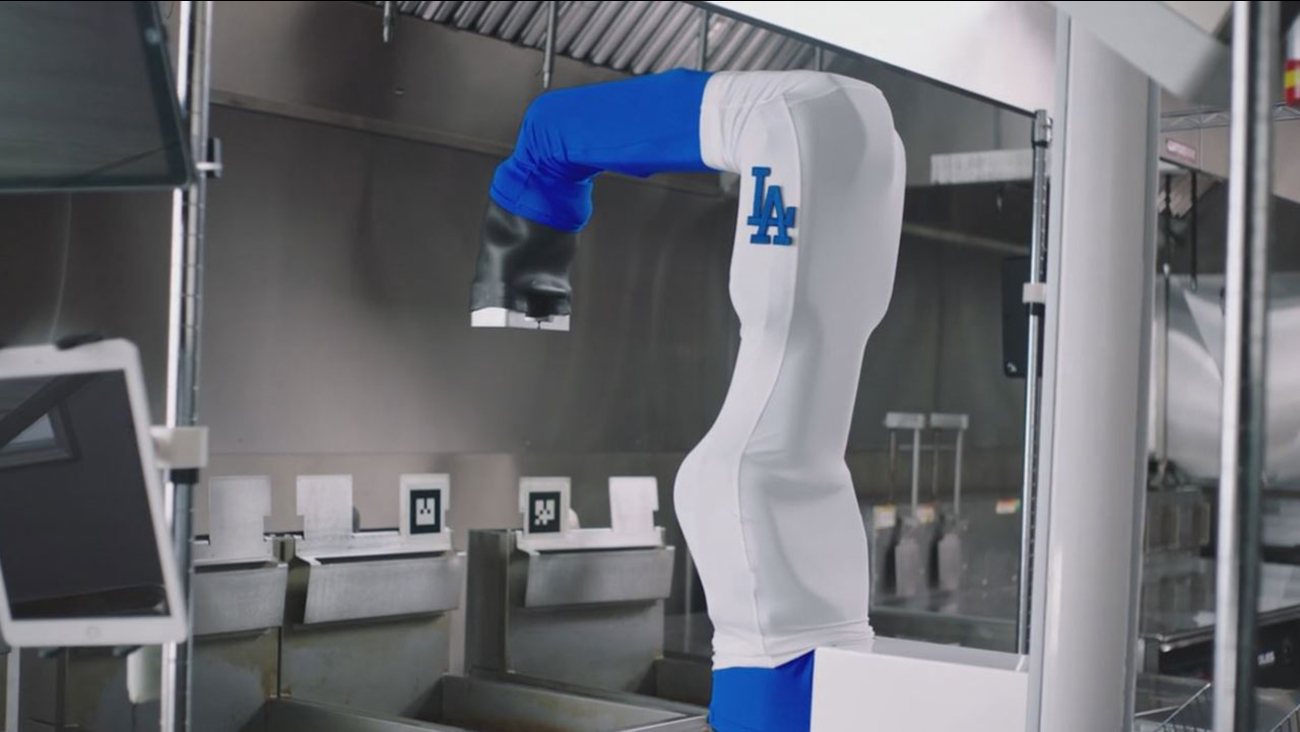 The Dodgers are adding an extra cook to its kitchen: Flippy, a robot that serves up chicken tenders. (Miso Robotics)

LOS ANGELES (KABC) -- The Dodgers are adding an extra cook to its kitchen: a robot that serves up chicken tenders.

Starting in mid-August, the robot cook, "Flippy," will be at Dodger Stadium cooking chicken tenders alongside stadium employees.

The robotic assistant was brought along with the hope of enhancing staff productivity and fan experience, giving employees more time to interact with stadium visitors while the robot takes care of the kitchen's repetitive duties.

Flippy earned its stripes in the kitchen earlier this year when it was tested flipping meat at Caliburger in Pasadena. It later became seasoned in fry-cooking.

The project came through a partnership with Miso Robotics, the developer of Flippy, Levy, a hospitality company and E15, a teach and analytics team.