Nicholas Pinnock on 'For Life' cliffhanger finale, working with 50 Cent

The show has not yet been renewed for season two, but Nicholas Pinnock is not done telling Aaron's story.
OTRC
By Andrea Lans 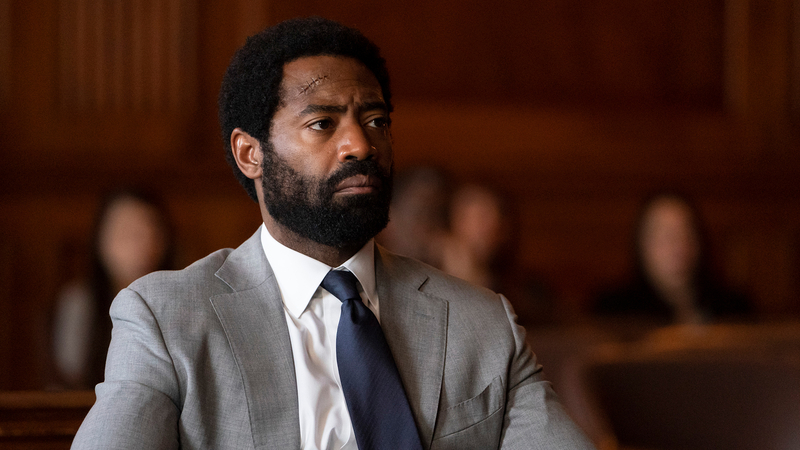 Inspired by the true story of Isaac Wright Jr., the first season of "For Life" comes to a close this Tuesday. Throughout its 13-episode run, the season follows Aaron Wallace (Nicholas Pinnock), a prisoner who becomes a lawyer and fights to overturn his life sentence for a crime he didn't commit.

Pinnock promises audiences "more twists and turns" with this finale and a "real climax to this roller coaster of a season." While ABC has not yet picked up "For Life" for a second season, Pinnock told On The Red Carpet that he's not finished exploring his character Aaron's story.

"There's still a lot more that I would like to say as Aaron," Pinnock said.

A fair warning to fans: Season one will end with a cliffhanger.

Curtis "50 Cent" Jackson serves as an executive producer and actor on the series and Pinnock said that working with the world renowned rapper was unlike anything he could've expected.

"As a producer, there wasn't a time where I didn't send him a text or give him a call and ask him to come on set to boost morale and [he didn't reply]...[he] always turned up," the actor continued.

The show sheds light on the injustices of the judicial system and while Pinnock wants fans to be entertained, he hopes they take away the important message "For Life" conveys.

"This is happening and this is serious. A lot of people are being overcharged for crimes that other communities would not get charged so highly for," Pinnock said.

The actor continued: "There are some people who live a great life and don't realize that that happens to people outside of their own circle. And it's important that they do because it's those people that can help make the biggest change."