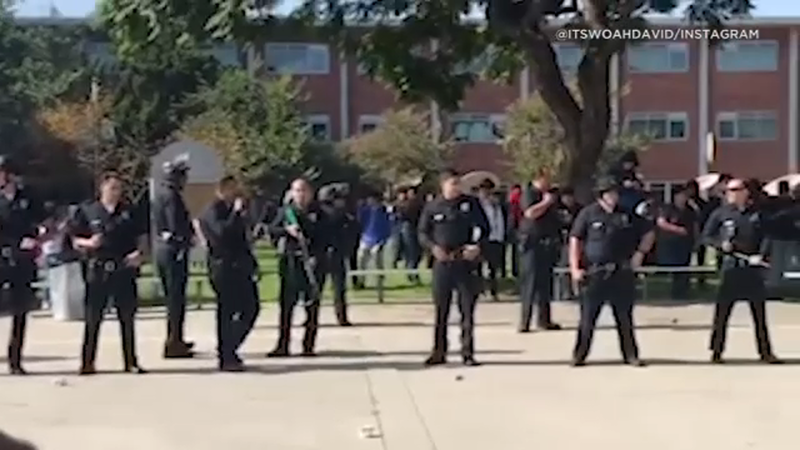 Officials said the melee began after a fight between two female students broke out at Fremont High School around 11 a.m. Tuesday. The situation escalated as multiple brawls erupted, sending some students running and others pulling out their cell phones to film.

Los Angeles police officers formed a skirmish line outside the campus and were met with rocks and bottles while attempting to disperse the crowding students, according to authorities. Some of the 40 responding officers used pepper spray to try to restore order.

One officer was struck in the head by a bottle but was not seriously injured, officials said. At least one student sustained minor injuries and was taken to an area hospital for treatment.

Officials said eight students were detained following the incident but no arrests were made.

It is not yet clear what led to the fights or what disciplinary action will be taken.