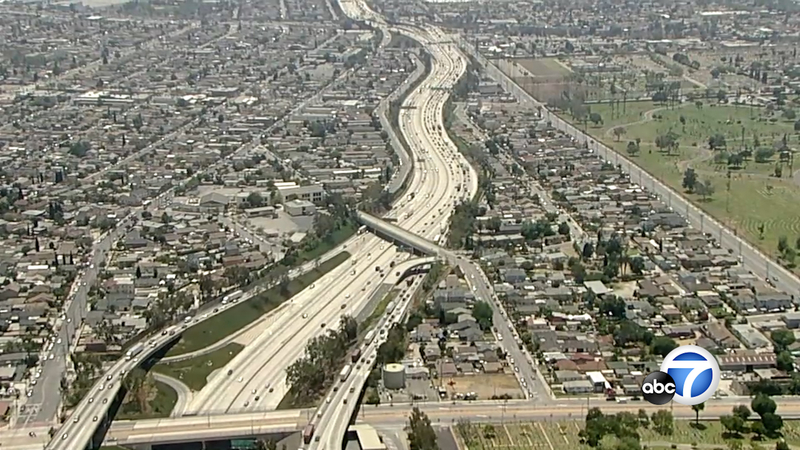 EAST LOS ANGELES (KABC) -- On Thursday, the Los Angeles County Transit Agency voted to end the plan of widening a 19-mile stretch of the 710 freeway from East Los Angeles to Long Beach.

"I am really excited about that because for the last few years I've been working on that. Almost a year to date I had a motion to do just that to say come up with other alternatives and instead of building that and taking houses down and expanding a freeway that is only going to create more pollution," said LA County Supervisor Hilda Solis.

One of the cities that was going to be impacted by the widening project was the City of Commerce.

"Yesterday was a big win for our community," said Ivan Altamirano, a Commerce Councilmember. "They are not going to expand the 710 freeway which was going to remove about 50 homes and in doing so if we have an average of five people per home that's quite a bit of people."

The widening project did not receive support from agencies like the EPA. It was pointed out that widening would create more air pollution. Instead, LA Metro did approve a motion that will look into creating more green projects.

"I believe we need to redirect that $750 million in Measure R, Measure M for this corridor towards community-led and community-driven projects," said LA County Supervisor Janice Hahn.

One of the endpoints of the freeway is in Long Beach.

"Long Beach is very supportive of the direction that Metro is taking. We want to make sure we are reinvesting back into green projects," said Long Beach Mayor Robert Garcia.

Mayor Garcia said the city's port is working on a rail-to-terminal project.

"A lot of the trucks that are currently right now on the freeway are going to end up on trains," said Mayor Garcia.