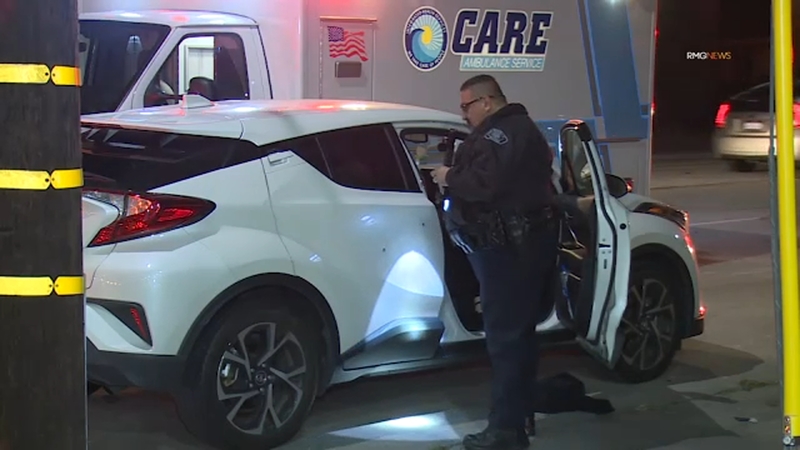 Person shot while driving on 10 Freeway in El Monte area

EL MONTE, Calif. (KABC) -- One person was shot and wounded while driving on the 10 Freeway in the El Monte area Wednesday night, officials said.

The incident is being investigated as a road rage shooting.

After their vehicle was riddled with bullets, police said the victim and her passenger initially chased the suspect's vehicle, but the suspect got away.

The driver was able to pull over at Baldwin Avenue and stop at a gas station just off the freeway to seek help.

Bullet holes were visible on the passenger side of the four-door sedan.

The passenger was shot in the side and was in stable condition.

The suspect vehicle is described as a white Ford pickup.