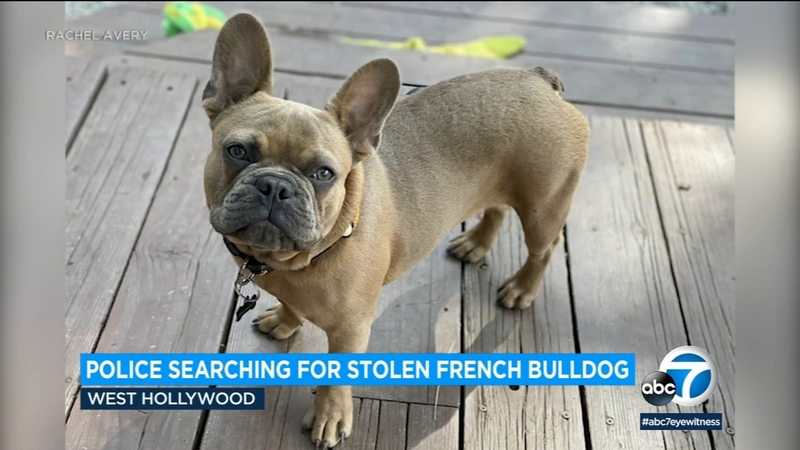 Surveillance video from a local business shows Jag the Frenchie sprinting around the neighborhood after he slipped out of his collar during a walk.

Several men in a black SUV noticed him and gave chase.

The men followed Jag home and snatched him off the front porch, claiming it was their dog.

Jag's owner Rachel Avery says he is a special needs dog, and requires medication and a special diet.

"The minute that I found out that he was gone, I felt to the ground on my knees," Avery said. "Because I coudn't believe somebody would do this."

"I don't have biological children, so he is my child. You just took my child from its home from me."

She is offering a $5,000 reward for his safe return home, no questions asked.

In December, a man was attacked and his French bulldog stolen, after he was dragged some 200 feet by the suspects' car in West Hollywood.