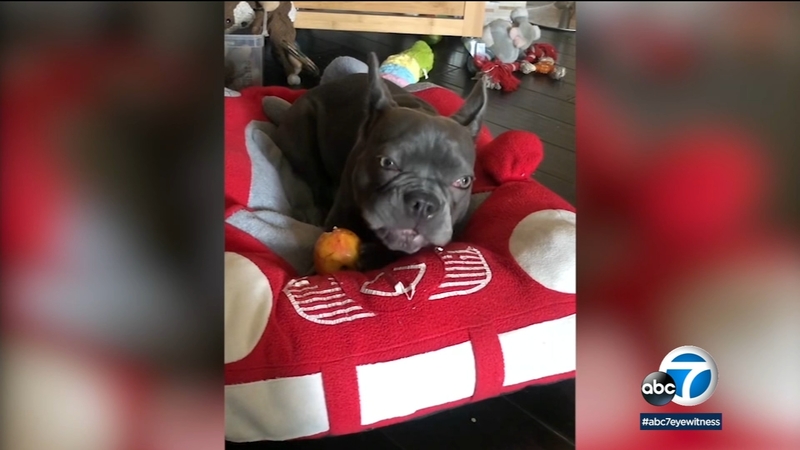 French bulldog stolen after mother held at gunpoint in Hollywood

HOLLYWOOD, LOS ANGELES (KABC) -- A devastated family is pleading for their beloved French bulldog be returned to them after they say three men held their mother at gunpoint in Hollywood and took off with the dog.

They say three men got out of a sedan and held the 58-year-old mother at gunpoint.

The woman let go of the leash and the dog ran across the street, but was still captured by one the men.

"Three men came out of their car with three guns and held her up at gunpoint and told her to give her the dog," said relative Elizabeth Staroselskaya.

The suspects jumped back in the sedan and got away with the French bulldog.

Yuriy Stratovitch said his mother is shaken up, but is OK.

Los Angeles police said the three suspects are believed to be in their 20s and have thin builds. The suspect vehicle was last seen on Detroit Street and Sunset Boulevard and is described as a dark gray or black-colored sedan.

Family said a surveillance image also captured the woman walking the dog and the sedan near her.

Family is asking for their pet, named Mona, to be returned and are offering a $5,000 reward - no questions asked.

Mona has a spinal disorder that requires daily medication and has a urinary tract infection that also requires medication, according to the family.

"It's very important that we get her back because she needs the help that we've been giving her this entire time," Staroselskaya said. "And she's our family member."