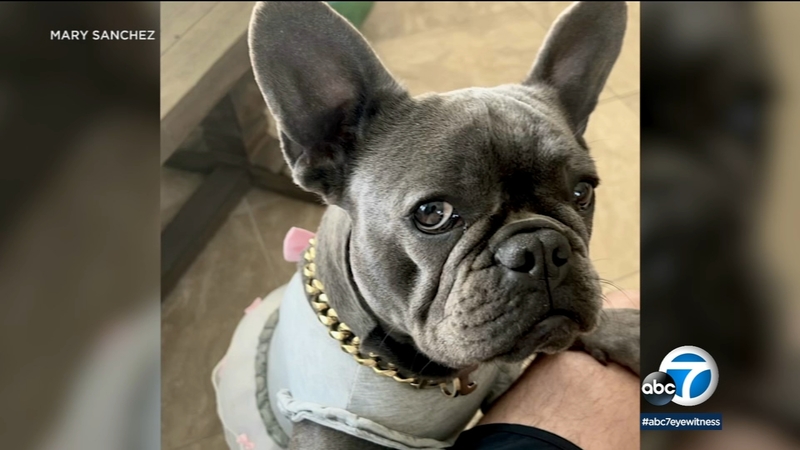 NEWPORT BEACH, Calif. (KABC) -- A French bulldog stolen from the front porch of its Newport Beach home has been safely returned to its family.

"Jolie Rose" was dropped off Saturday night at the Newport Beach police station.

The owner says the 1-year-old dog was shaking and nervous, and apparently had not eaten since being stolen around 4 p.m. last Sunday.

Police have made no arrests and say their investigation is ongoing.

It is not clear whether the $5,000 reward offer has been claimed.

Her owners believe "Jolie Rose" was taken from their porch on the Newport Beach peninsula near 6th Street and Balboa Boulevard.

The dog's owners believe their Frenchie was taken from their porch on the Newport Beach peninsula near 6th Street and Balboa Boulevard.

Due to a recent power outage on the peninsula, the dog's owners said surveillance camera systems in the area were shut down.

A technician recently told them there was no footage showing who may have taken "Jolie Rose."