Fruit vendor out of a coma 1 week after SUV slammed into cart in San Bernardino, family says 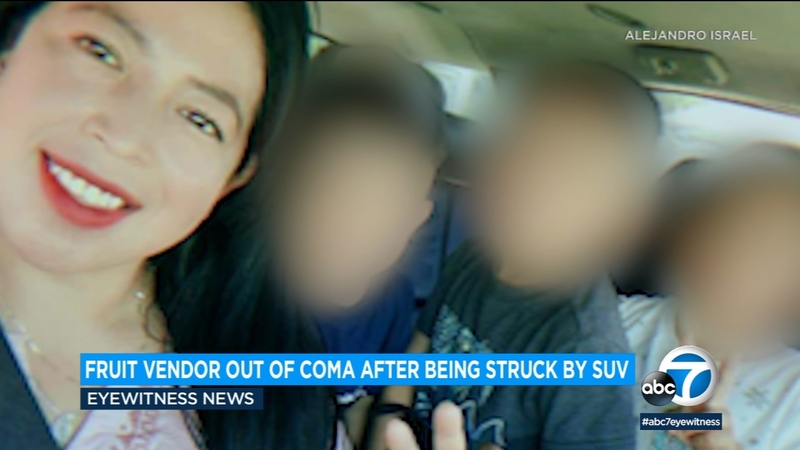 Fruit vendor out of a coma after being struck by SUV

SAN BERNARDINO, Calif. (KABC) -- A fruit vendor has emerged from a coma and is able to speak again, family members said, after she was struck by an SUV in a San Bernardino incident on Oct. 13 that was captured in shocking video footage.

The victim, Marlen Benitez, is a mother of four. She was struck by the vehicle while selling fruit outside a Walmart.

A family member told Eyewitness News that Benitez has been able to talk with her parents and sister in her hospital bed.

A man selling ice cream was brutally attacked on the street in Los Angeles this week, police said.

Meanwhile, the driver accused of hitting her with his SUV, Robert Lee Spargo, has been charged with attempted murder.

The fruit cart was completely destroyed and another car was damaged in the collision.