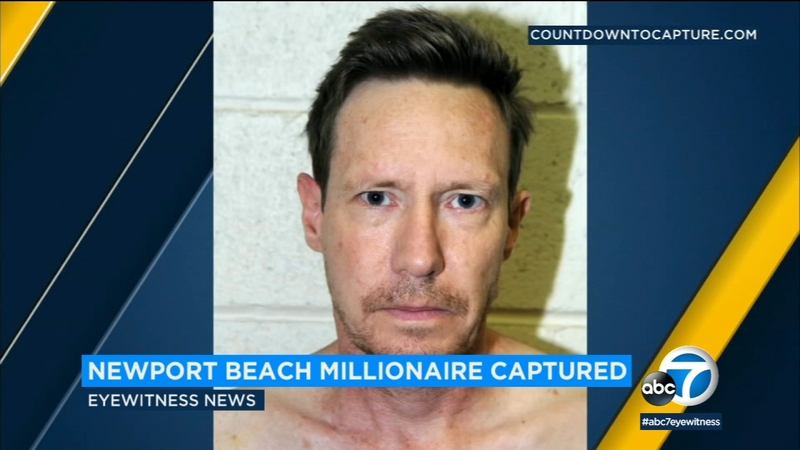 SANTA ANA, Calif. (KABC) -- New details were released at a news conference Tuesday in the capture of a Newport Beach multi-millionaire in Mexico wanted for the 2012 murder of his wife. The capture ended a four-year manhunt.

United States Marshals Service announced 54-year-old Peter Chadwick had been taken into custody near Puebla, Mexico in a residential duplex on Sunday night where they believed he had been hiding.

Chadwick has been wanted since Jan. 2015 when he failed to appear for a court hearing accused of murdering his wife Quee Chadwick. He left the United States with a large amount of cash and had been staying in luxury, high-end hotels and resorts in Mexico, according Newport Beach Police Chief Jon Lewis. Chadwick was no longer able to stay at hotels when they began requiring passport identification and he could not provide one, Lewis said.

He was arrested after he told San Diego Police a handyman had killed his wife and kidnapped him, driving him down to San Diego. He was later released on bail when he went missing.

There was a major media push, including a pod cast launched by Newport Beach Police in 2018.

He was added to the U.S. Marshals' 15-most-wanted fugitive list in 2018. Police said they received thousands of tips including recent information that led them to Mexico. Authorities say Chadwick had taken out a large amount of cash, had been moving around, and using a number of aliases.