Family and friends honored the life of Luis Torres, a 15-year-old who died of major head injuries after a suspected drunk driver crashed into his cousin's car in Fullerton early Sunday.

ORANGE, Calif. (KABC) -- Family and friends honored the life of Luis Torres, a 15-year-old who died of major head injuries after a suspected drunk driver crashed into his cousin's car in Fullerton early Sunday.

Members of the band Torres would have joined sang in his honor that night. The Santa Ana teen loved to play guitar and sing.

"He had his whole life ahead of him. It's really hard for all of us," his sister, Alondra Orozco, said.

Torres was in the backseat of his cousin's car on the 57 Freeway when they pulled over on the right shoulder. The California Highway Patrol said two passengers got out of the car, but Torres was killed and his cousin in the driver's seat was injured.

Authorities said the driver of the other car, Nicole Cortinas, of Moreno Valley, is suspected of driving drunk. She suffered a fractured back and remains at UCI Medical Center in police custody.

Torres' father said there are no words to describe his only son, but he said for anyone who drinks they should not drive.

The teen's mother said he was a happy, cheerful and friendly person. He enjoyed riding horses, and his cowboy hat and lasso are among his belongings displayed on his bed in a personal memorial.

"He would always treat everyone right. He loved being involved in sports, a lot of sports. He loved singing," his aunt, Maria Orozco, said. 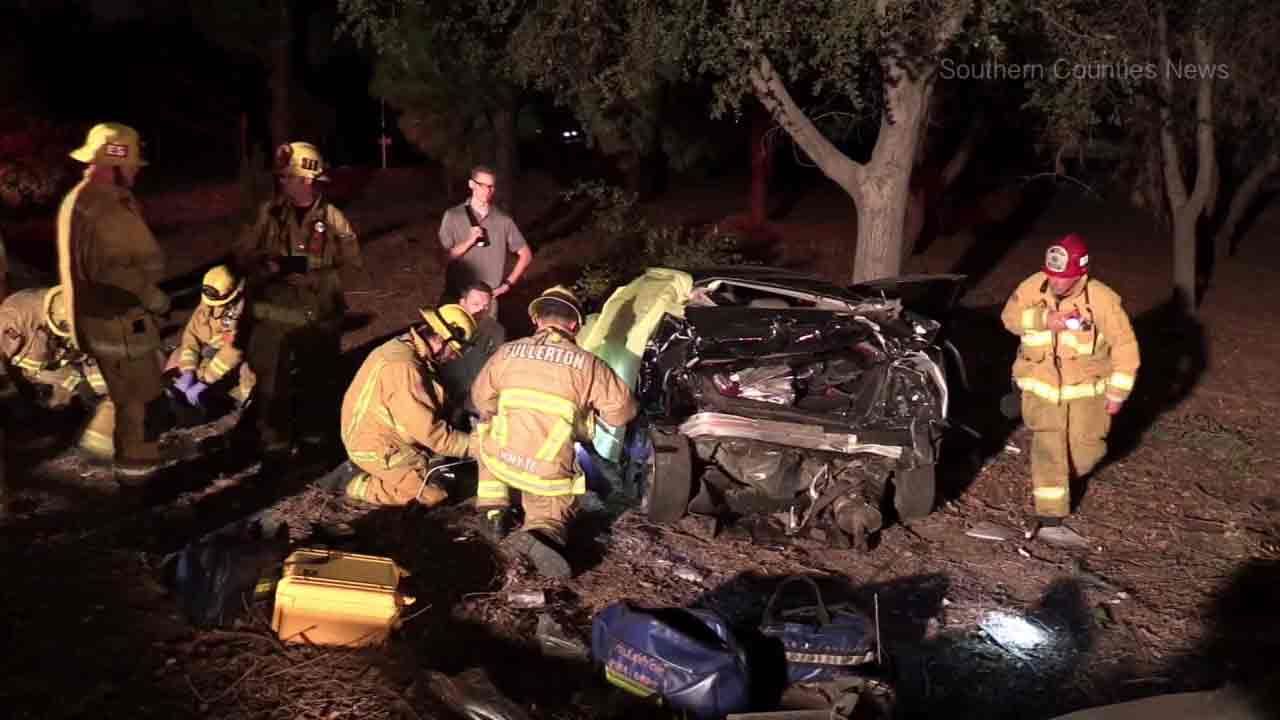